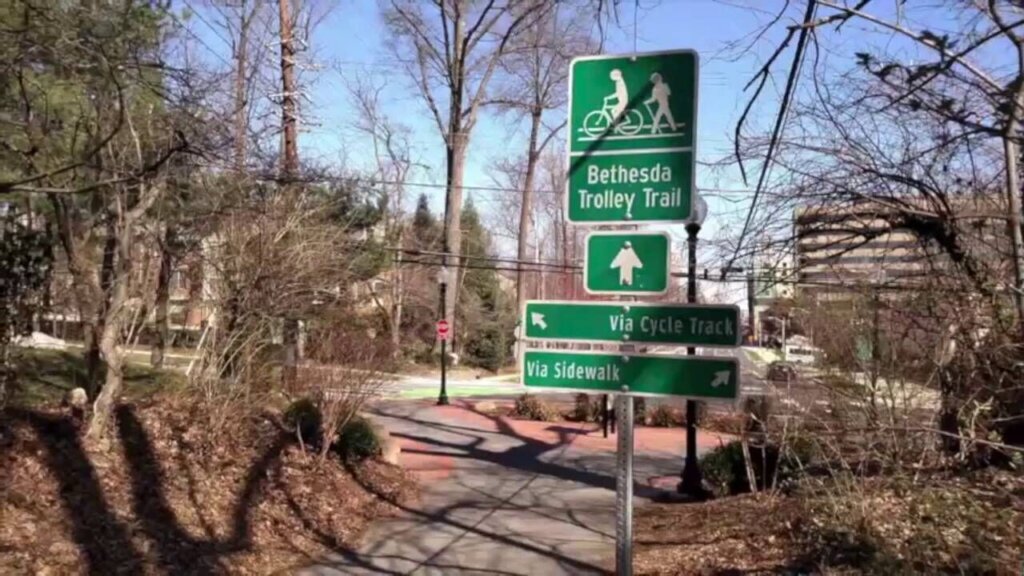 Police previously reported that racist and anti-Semitic graffiti was found on Sunday on the Bethesda Trolley Trail near Rossmore Drive and the bridge over Interstate 270.

On Sunday at about 9:15 a.m., police responded to St. Paul Park in the 10500 block of St. Paul St. in Kensington for the report of an anti-Semitic poster.

Initially, police only said that vandalism was found on the Bethesda Trolley Trail around 6:45 a.m. on Sunday.

Police have not arrested anyone in connection to the incidents. Montgomery County police and the Maryland-National Capital Park Police are investigating the vandalism.

In October, Montgomery County police responded to a rash of racist graffiti including the words “White Pride,” that were painted at five locations in Bethesda, Maryland.