HOPE POWELL is unsurprised by Graham Potter becoming Chelsea boss with the Blues due to play their first game under the ex-Albion gaffer.

And the Brighton manager is looking at strengthening her side in the winter transfer window after a busy summer of player arrivals and exits.

Wednesday night will see Powell’s former Seagulls counterpart in the Stamford Bridge dugout for the first time since his appointment last Thursday.

The Blues take on RB Salzburg in a Champions League encounter at home after falling to a surprise 1-0 defeat to Dinamo Zagreb on the road in their first group stage game this term.

Brighton Women’s chief Powell said: “He’s had an excellent start to the season.

“I think it was muted last year (there was interest in him) when Tottenham had a vacancy.

“It just shows that everybody recognises the good work he’s done with the resources that we have as a club in terms of players and the calibre of players (at the club). 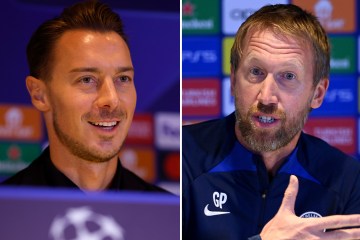 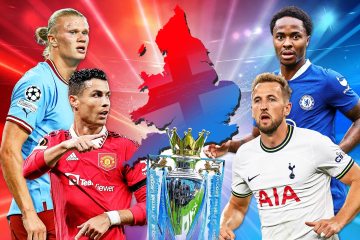 “The fact that Chelsea has come in for him, am I surprised? Absolutely not. I think he deserves everything he gets and good luck to him.”

Powell and her team – who finished seventh in the top tier last season – travel to Arsenal’s Meadow Park home on Friday.

The 7:30 pm evening clash will be the first game of the 2022-23 WSL term following the postponement of last weekend’s opening fixtures following the death of Her Majesty The Queen.

On Monday, the FA announced WSL and Women’s Championship games would resume this week.

Powell’s side will take on the Gunners following the departures of seven senior figures and rising stars.

Players who left in the summer transfer window include Maya Le Tissier, 20, Ellie Brazil and Emma Koivisto, both 23.

The Lionesses Under-23 aces and Finland full-back joined Manchester United, Tottenham and Liverpool.

Meanwhile, Aileen Whelan, 31, joined Leicester on a free transfer in July following a

This was probably the toughest transfer window yet.

Powell added: “Players leave for all sorts of reasons. With Inessa and Danique I think Covid had a massive part to play in that.

“Danique been away from home for five years and they told me very early on, that they will be going home so we expected that.

“With Maya, we did well to keep her last season.

“Her head was turned with the prospect perhaps of Champions League and everything else that goes around with that.

“We did well to keep her last term. We are disappointed for ourselves but I’m pleased for her. She’s such a nice kid. 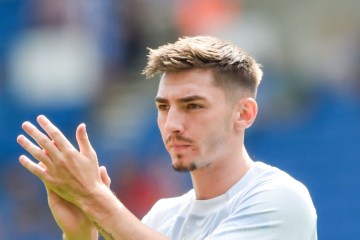 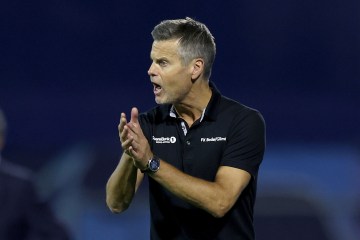 “With Emma Koivisto – we didn’t see that coming. We wanted to engage (with her) and we engaged very early.

“She didn’t give much away so her move was a big surprise for us.

“We were sad to see them go, but this is football and some players will come, some will go.

Powell reckons this summer’s transfer window has been the toughest yet recruitment-wise with competition to sign emerging talent becoming more intense.

The Seagulls chief said: “It is really challenging. This was probably the toughest transfer window yet.

“There is a lot of young talent out there, not just in this country but abroad.

“But if they don’t meet certain GBE (government body endorsement from the FA) requirements, they can’t come in.

“They can’t get a work permit so it’s quite difficult.

“But it’s the same for everybody and it kind of narrows (the market).

“The biggest clubs can just buy and cherry pick so that talent pool kind of narrows down somewhat.

“But it is what it is, we can only control what we can control.

“There’s another winter transfer window and we’ll be looking again, but that’s the life of football.”

Brighton have bolstered their squad with five players joining the side before their Arsenal trip and first home game of the season against Reading.

Norway striker Elisabeth Terland, 21, joined from her country’s top tier with a tally of 10 goals in 14 games for former club SK Brann this year.

And the Seagulls also welcome the return of Rebekah Stott following her recovery from stage 3 Hodgkin lymphoma.

The New Zealand international defender, who was diagnosed with blood cancer in March 2021, has been in remission for a year.

Powell added: “It’s so lovely to have her back just because of who is first and foremost.

“When we talk about someone having cancer (and recovering) the football just pales into significance.

“The fact that she’s still with us she’s healthy, she’s happy to be back is the most important.”