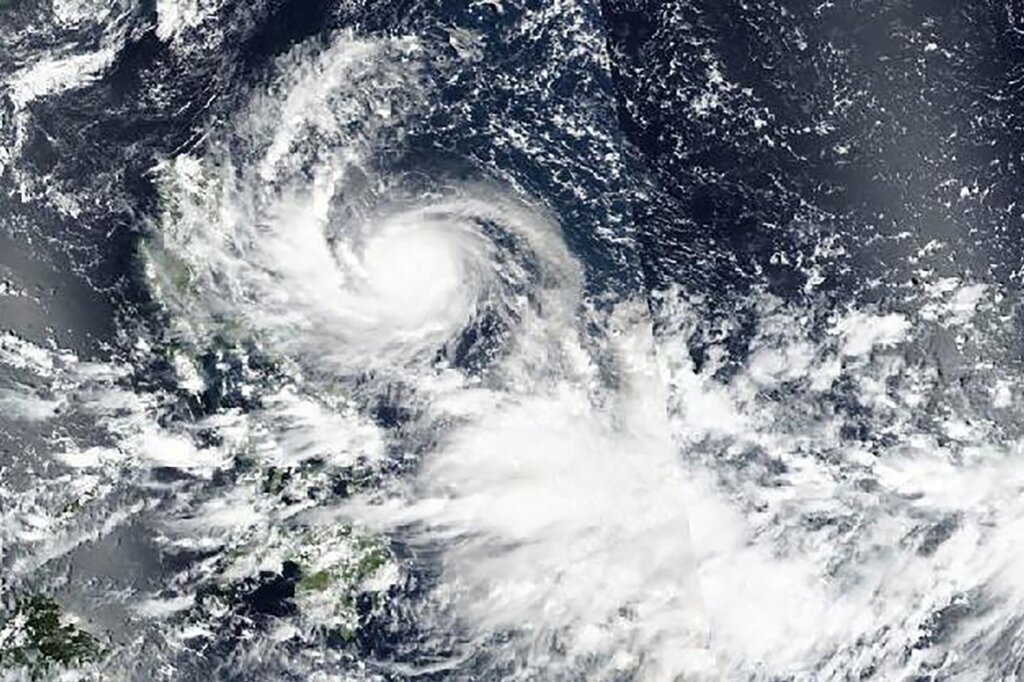 MANILA, Philippines (AP) — A powerful typhoon shifted and strengthened in an “explosive intensification” Sunday, prompting evacuations from high-risk villages as it approached the northeastern Philippines where it might sideswipe the capital, officials said.

Typhoon Noru was swirling at sea about 175 kilometers (110 miles) east of Infanta town in Quezon province with sustained winds of 195 kilometers (121 miles per hour) and gusts of up to 240 kph (149 mph) at midday. Forecasters expect it to smash into the coast later Sunday.

While blowing toward the archipelago, Noru shifted southward as it was pushed down by a high-pressure area to its north. It gained considerable strength from a storm that had sustained winds of 85 kph (53 mph) Saturday to a super typhoon just 24 hours after in an “explosive intensification” at sea, Vicente Malano, who heads the country’s weather agency, told The Associated Press.

Thousands of villagers were evacuated, some forcibly, from the typhoon’s path, as well as from mountainside villages prone to landslides and flash floods and in coastal communities that could be hit by tidal surges as high as 3 meters (about 10 feet) in Quezon province, including Polillo island and nearby Aurora province.

“The combined effects of storm surge and high waves breaking along the coast may cause life-threatening and damaging inundation or flooding,” the weather agency warned.

Several provinces and cities, including the densely populated capital Manila, suspended classes and government work Sunday and Monday. The typhoon’s eye could pass about 40 to 50 kilometers (25 to 30 miles) from the Manila metropolis, “which is nearly a direct hit,” Malano said.

Fishing boats and inter-island and cargo ferries were restricted to port as a precaution, the coast guard said, stranding cargo trucks and passengers in provinces expected to be affected by the typhoon.

The typhoon is predicted to barrel through the main Luzon Island overnight before starting to blow away into the South China Sea on Monday, forecasters said.

About 20 storms and typhoons batter the Philippines each year. The archipelago also lies in the “Pacific Ring of Fire,” a region along most of the Pacific Ocean rim where many volcanic eruptions and earthquakes occur, making the Southeast Asian nation one of the world’s most disaster-prone.