The ecstatic skipper urged more fans to turn up at WSL games next season following her side’s dramatic 2-1 defeat of Germany.

It saw Williamson become the first captain to skipper an England Women’s team to a major trophy win.

“With something like this, we talk and talk, and we’ve finally done it. 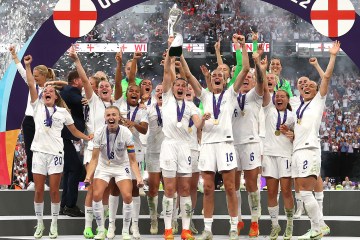 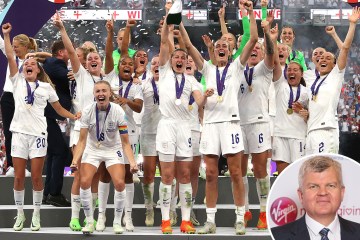 “It’s about doing it on the pitch, and I tell you what, the kids are alright.

“It’s the proudest moment of my life – until the day I have kids I suppose. I am going to lap it up.

“Every single piece of advice I got was to take every single second in because you’re going to want to relive it over and over and I’ll be reliving that for a long time.

“I’m so proud to be English. I’m trying hard not to swear.”.

Boosting crowd numbers at the WSL games has been among the biggest challenges for the league over the years.

Last year the FA said it wanted to see fan numbers at top-flight matches tripled by 2024.

Last November BBC Sport reported average crowd attendance at games dropped to 2,282 from around 3,000 in the 2020-21 season.

Williamson added: “The legacy of this tournament is a change in society.

“It’s everything we’ve done. We’ve bought everyone together.

“We’ve got people to come to (Euros) games and we want them to come to WSL games.

The legacy of this team is winners, and this is the start of the journey.”