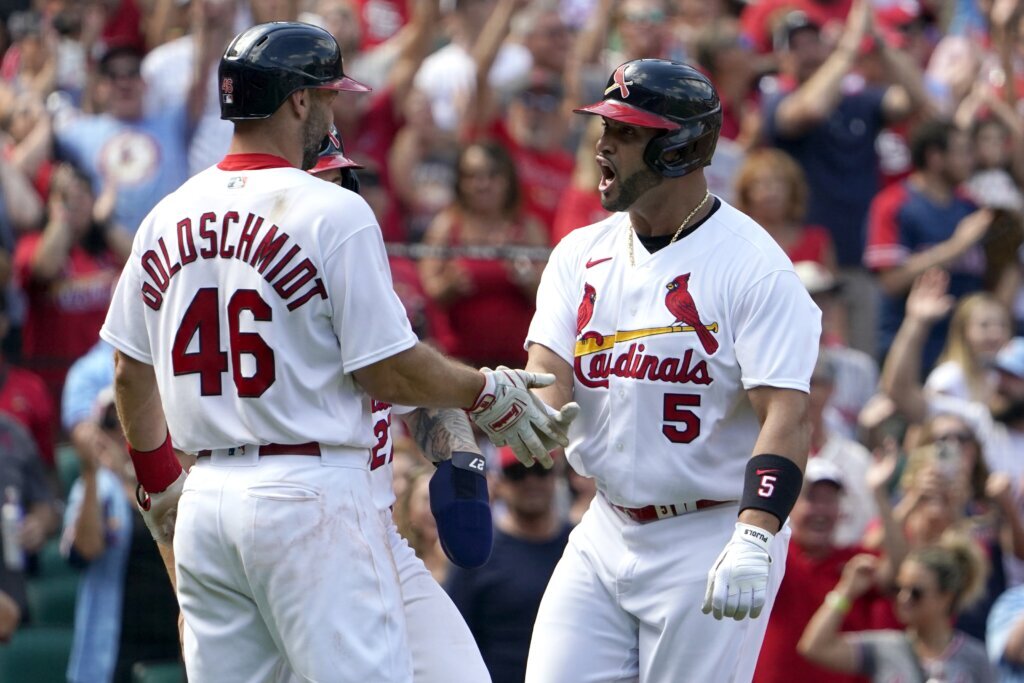 Carlson broke a 2-all tie with his eighth homer of the season, a drive to left against Taylor Rogers (1-6) in the eighth.

Pujols hit a solo shot in the second and a three-run drive in the eighth to give him 689 career homers. It was his 63rd career multihomer game.

Mikolas (9-9) permitted two runs and four hits. He struck out six and walked none.

Mikolas has held opponents to two or fewer earned runs in nine of 13 starts.

Renfroe hit a two-run shot in the second off Mikolas, who then retired the next 10 batters.

O’Neill tied the game with his seventh homer in the sixth.

St. Louis took an 8-7 lead in the season series. The teams have four games remaining against each other.

Cardinals: RHP Jack Flaherty will make a rehab start at Double-A Springfield on Tuesday. Flaherty, who was placed on the injured list on June 27 with a right shoulder strain, will throw 45-50 pitches in his second rehab start.

Cardinals: LHP José Quintana (4-5, 3.37 ERA) will take on Colorado LHP Kyle Freeland (7-8, 4.84 ERA) in the first of a three-game series on Tuesday in St. Louis. Quintana will be making his second start after coming over from Pittsburgh in a trade.