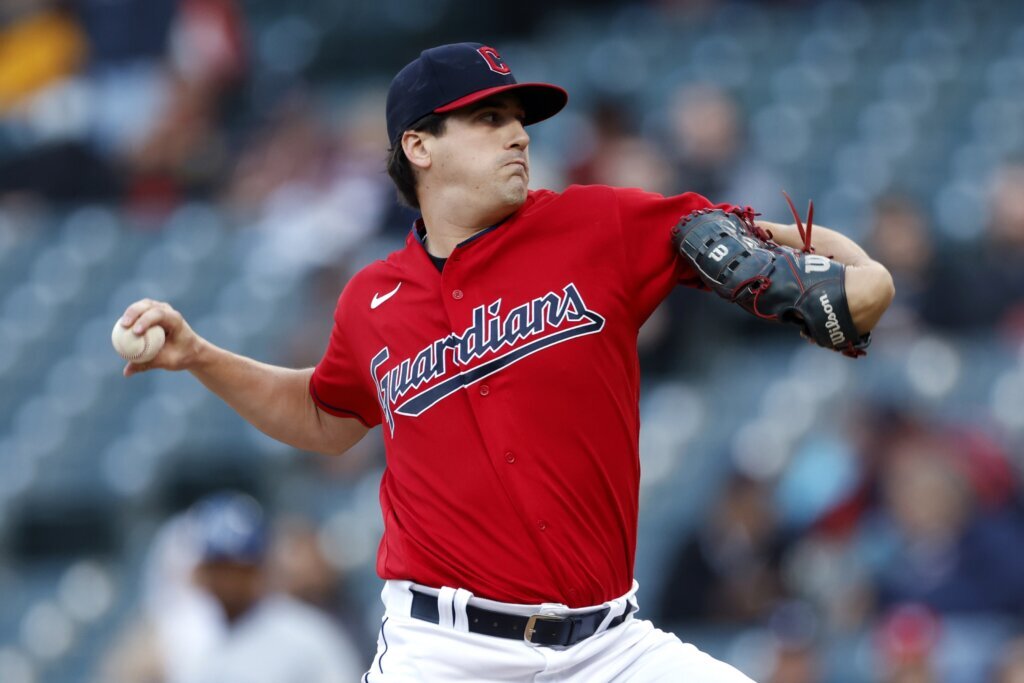 CLEVELAND (AP) — Cal Quantrill finished the regular season unbeaten at home, improving to 14-0 in his career at Progressive…

CLEVELAND (AP) — Cal Quantrill finished the regular season unbeaten at home, improving to 14-0 in his career at Progressive Field after Owen Miller hit a two-run homer to send the Cleveland Guardians to a 5-3 win over the Kansas City Royals on Tuesday night.

Quantrill (15-5) was in danger of his unblemished run at home ending before Miller’s shot off Daniel Lynch (4-13) capped Cleveland’s five-run fifth. Quantrill’s 14-game winning streak is the longest in the ballpark’s history.

It also matches the longest unbeaten streak for a pitcher in any ballpark since 1901. Vic Raschi went 14-0 at Chicago’s Comiskey Park from 1947-55.

José Ramírez hit a two-run double and Andrés Giménez had an RBI single in the fifth.

Guardians closer Emmanuel Clase gave up a run in the ninth before getting his MLB-leading 42nd save.

Quantrill is slated to start Game 3 — if there is one — in the first series or Game 1 if the Guardians advance.

The right-hander allowed one run in five innings before Quantrill took a seat in the dugout after giving up a run in the fifth. Although he hasn’t made a big deal about his success at home, his teammates kept him from getting his first loss.

Myles Straw led off with a perfectly placed bunt, and one out later, Amed Rosario got his third single. Following a double steal, Ramírez doubled high off the wall in left.

Giménez’s RBI single made it 3-1 before Miller chased Lynch by connecting for his first homer since Aug. 1.

Giménez, the Guardians’ All-Star second baseman, was hit by a pitch for the 24th time this season. He leads the AL in a category he’d rather not.

“I’m glad we’re seeing some of those comps because what we see on a daily basis in those big categories, it’s different,” said Royals manager Mike Matheny. “It’s special. What he’s been able to do all season I believe deserves that kind of attention.”

Giménez will play for Venezuela in next year’s World Baseball Classic, which will be held during spring training. Kansas City’s Salvador Perez is a teammate.

Cleveland has given Giménez its blessing, but that doesn’t mean the club doesn’t have concerns about him playing. After all, players have sustained injuries that have derailed seasons and careers.

“With the position players you grin and bear it,” Guardians manager Terry Francona said. “Nobody likes not having your guys around in spring training. But if I was Gimi, I would want to represent my country. I get it. It’s a big honor. But you worry.”

Royals: Perez (left thumb soreness) was not in Kansas City’s starting lineup for the third day in a row. The 32-year-old underwent surgery on his thumb earlier this season and the Royals don’t want him to re-injure it.

Guardians: Aaron Civale (4-6, 5.04) is 2-0 since returning from his third stint on the injured list. He’ll be Cleveland’s starter in Game 1 of the AL Division Series if the wild-card round goes three games.