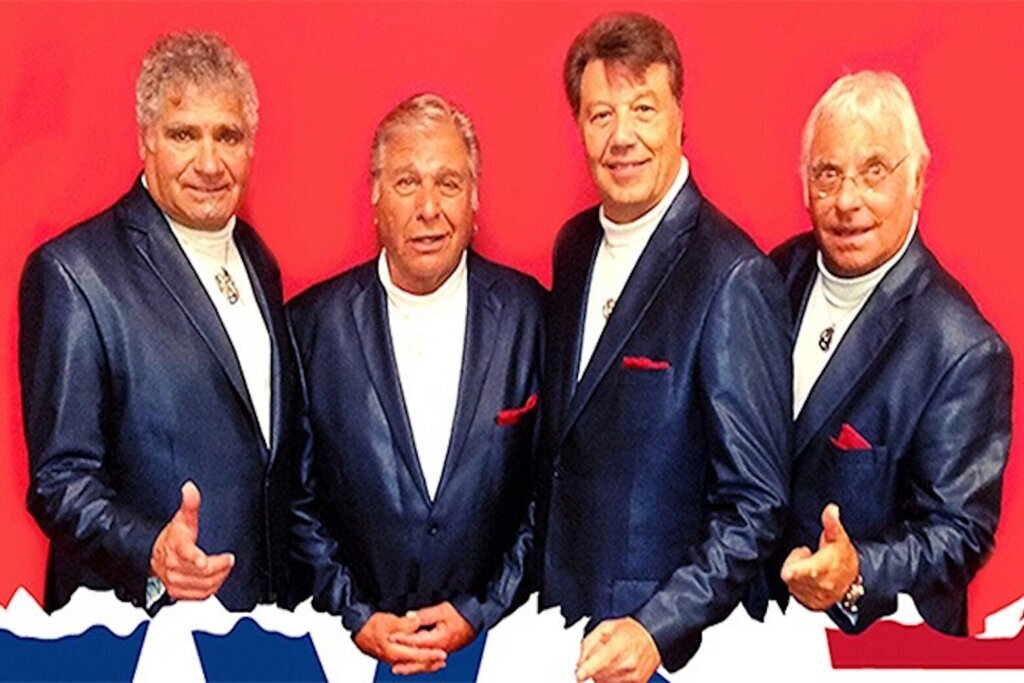 A new generation discovered their music when “Come a Little Bit Closer” made the “Awesome Mix-Tape” of the superhero flick “Guardians of the Galaxy: Vol. 2” (2017).

A new generation discovered their music when “Come a Little Bit Closer” made the “Awesome Mix-Tape” of the superhero flick “Guardians of the Galaxy: Vol. 2” (2017).

On this Throwback Thursday, Jay and the Americans join WTOP to preview their upcoming stop at Rams Head in Annapolis, Maryland, on Aug. 25 for two shows at 6:30 p.m. and 9 p.m.

“We love coming to your area,” co-founder Sandy Deanne told WTOP. “Some towns are just cooler than others. Annapolis is a really cool little town! It’s quaint, but it’s got a lot of nice places. The Rams Head is pretty famous within our community of performers, the food is great, the place is intimate. … We get to be up close and personal with the audience.”

The Brooklyn group was discovered by iconic songwriting duo Leiber and Stoller in 1960. The lineup consisted of Deanne, Howard Kane, Kenny Vance and John “Jay” Traynor.

“The first record we made was ‘Tonight’ from ‘West Side Story’ in conjunction with the release of the film,” Deanne said. “Thank goodness it did enough business that they gave us a second recording session. That’s where we recorded a song called ‘Dawning,’ and the back side was ‘She Cried.’ That broke the record, and that put us on the map.”

He thinks that “She Cried” was a hit because “it was the first record where a guy wasn’t singing about a girl breaking his heart, but was singing about him breaking up with his girlfriend and breaking her heart,” Deanne said. “It was the first time that ever happened, and it kind of captured the imagination of the teenagers because it was the reverse.”

After the initial success, Traynor was replaced by David “Jay” Black for hits like “Come a Little Bit Closer” (1964). “Black didn’t believe in the song, he didn’t think it was a hit. … The record came out, and he called the company yelling, ‘Why did you release that stupid record?’ They said, ‘Well, it’s 19 with a bullet next week.’ He said, ‘OK, nevermind.’”

They shifted gears for “Cara Mia” (1965), which was “like Pavarotti,” Deanne said. “The Tonight Show” never had rock ‘n roll artists, but guest host Sammy Davis Jr. insisted, ‘I want to have these guys on. … If you don’t let them come on, I don’t want to guest host.’ … We sang it live, and the phones lit up at NBC asking where they could buy the record.”

Decades later, “Guardians of the Galaxy” fans are still buying their soundtracks.

“It’s the scene where an arrow is flying and killing all these people; ‘Come a Little Bit Closer’ plays from beginning to end,” Deanne said. “That flipped me out. Turns out, the producer and director of that movie, James Gunn, was a fan. … If you listen to the soundtracks … he’s got some pretty esoteric stuff, but it’s really good.”

Hear our full conversation on my podcast “Beyond the Fame,” from dating The Ronettes to launching Steely Dan and Neil Diamond.