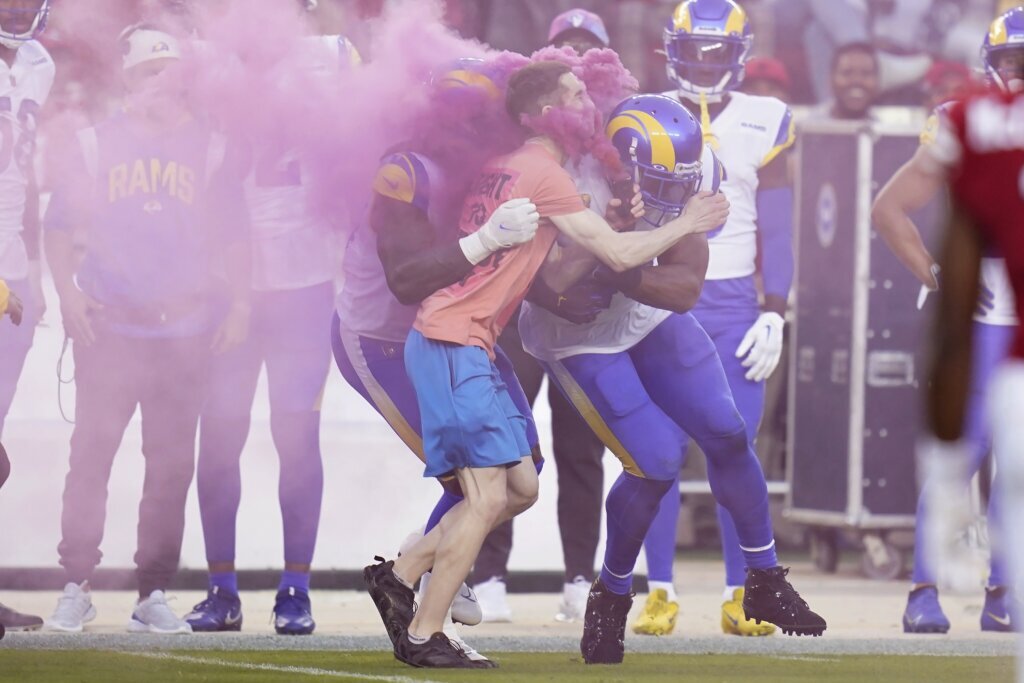 SANTA CLARA, Calif. (AP) — Bobby Wagner delivered one of the biggest hits on a person who got onto the…

SANTA CLARA, Calif. (AP) — Bobby Wagner delivered one of the biggest hits on a person who got onto the field.

The Rams linebacker flattened the protester who ran on the field with a device emitting pink smoke late in the second quarter of Los Angeles’ game against the San Francisco 49ers on Monday night.

“I just saw someone running on the field,” Wagner said. “It looked like he wasn’t supposed to be on the field so I saw security was having a problem so I helped them out.”

With less than a minute left in the first half, the person got onto the field and ran across while being chased by security as the pink smoke filled the field.

As the person ran toward the Rams sideline, linebacker Takkarist McKinley came toward him before Wagner came off the sideline and laid him out with a big hit.

“I saw Bobby Wagner taking somebody out,” 49ers coach Kyle Shanahan said. “I thought that was kind of cool to see.”

The protester was taken off the field by security and the game quickly resumed.

Earlier in the game, another person tried to get onto the field with a similar device, but was stopped by security.