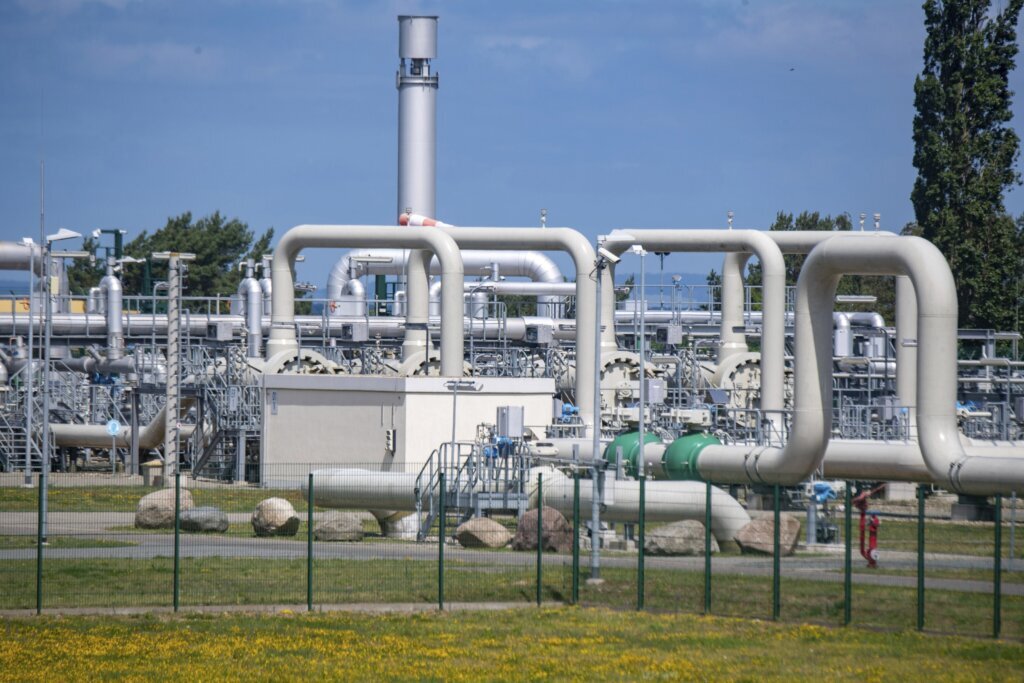 BERLIN (AP) — Fearing Russia might cut off natural gas supplies, the head of Germany’s regulatory agency for energy called on residents Saturday to save energy and to prepare for winter, when use increases.

Federal Network Agency President Klaus Mueller urged house and apartment owners to have their gas boilers and radiators checked and adjusted to maximize their efficiency.

“Maintenance can reduce gas consumption by 10% to 15% ,” he told Funke Mediengruppe, a German newspaper and magazine publisher.

Mueller said residents and property owners need to use the 12 weeks before cold weather sets in to get ready. He said families should start talking now about “whether every room needs to be set at its usual temperature in the winter — or whether some rooms can be a little colder.”

The appeal came after Russia reduced gas flows to Germany, Italy, Austria, the Czech Republic and Slovakia earlier this month, as European Union countries scramble to refill storage facilities with the fuel used to generate electricity, power industry and heat homes in the winter.

Russian state-owned energy company Gazprom blamed a technical problem for the reduction in natural gas flowing through Nord Stream 1, a pipeline which runs under the Baltic Sea from Russia to Germany.

The company said equipment getting refurbished in Canada was stuck there because of Western sanctions over Russia’s war in Ukraine.

German leaders have rejected that explanation and called the reductions a political move in reaction to the European Union’s sanctions against Russia after its attack on Ukraine.

Germany is dealing with “a quasi economic warfare conflict” against the backdrop of the Russian invasion of Ukraine, said Vice Chancellor Robert Habeck, who is also Germany’s economy and climate minister and responsible for energy.

The Russian calculation is to “destroy the unity and solidarity of the country” through high energy prices in Germany, Habeck said at an event organized by the weekly newspaper Die Zeit on Saturday, according to German news agency dpa.

Habeck warned last month that a “blockade” of the pipeline is possible starting July 11, when regular maintenance work is due to start. In previous summers, the work has entailed shutting Nord Stream 1 for about 10 days, he said.

The question is whether the upcoming regular maintenance of the Nord Stream 1 gas pipeline will turn into “a longer-lasting political maintenance,” the energy regulator’s Mueller said.

If the gas flow from Russia is “to be lowered for a longer period of time, we will have to talk more seriously about savings,” he said.

According to Mueller, in the event of a gas supply stoppage, private households would be specially protected, as would hospitals or nursing homes.

“I can promise that we will do everything we can to avoid private households being without gas,” he said, adding: “We learned from the coronavirus crisis that we shouldn’t make promises if we’re not entirely sure we can keep them.”

He said his agency “does not see a scenario in which there is no more gas coming to Germany at all.”

Also on Saturday, German chemical and consumer goods company Henkel said it was considering encouraging its employees to work from home in the winter as a response to a possible supply shortage.

“We could then greatly reduce the temperature in the offices, while our employees could heat their homes to the normal extent,” Henkel CEO Carsten Knobel told daily newspaper Rheinische Post.

Hamburg’s state government’s senator for the environment also expressed concern and said he couldn’t rule out that the northern German city would need to limit hot water for private households in the event of a gas shortage.

“In an acute gas shortage emergency, hot water could only be made available at certain times of the day,” Jens Kerstan told weekly newspaper Welt am Sonntag.

Four American men in the Wimbledon Round of 16 for the first time since 1999 ft. Frances Tiafoe and Taylor Fritz