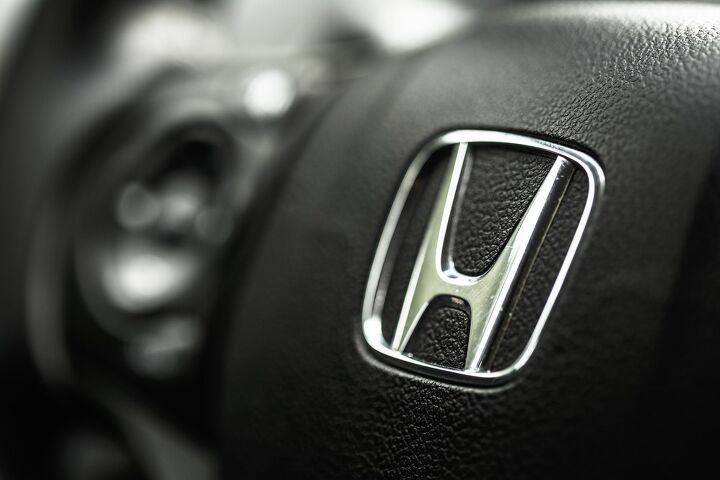 Honda is reportedly considering tweaking its global supply chain to create a firm distinction between the Chinese and global markets. While the whole world has seen production stymied by restrictive protocols introduced in response to COVID-19, the Chinese Communist Party has retained a zero-tolerance policy that appears to have totally upended its economy and resulted in continued factory stalls. That’s bad news for several Japanese automakers that have stepped up their reliance on Chinese production.

Last year, roughly 40 percent of Honda’s automotive production (which includes part sourcing) came through China. This year, the company is allegedly wondering how to tear itself away from the market without losing the ability to sell cars to its massive population.

Details are sketchy but Japan’s Sankei Shimbun claimed Big H is getting frazzled by sustained production stoppages taking place in China. Leadership is also reportedly growing concerned over geopolitical issues that might make it difficult to sell its product on Earth’s two largest markets — the United States and the People’s Republic of China — simultaneously.

As a result, the suggested plan is for Honda to decouple global production efforts so that the Chinese domestic market is largely responsible for its own supply chains. But that also means figuring out circumventing Chinese suppliers for vehicles intended for the rest of the world, which is going to be a Herculean task. Sankei reported that Honda’s executives have already been notified to “consider reorganizing the supply network in light of the China problem” and a staff meeting to discuss the matter has been scheduled for September.

Honda said that the report is not something the company has announced. But noted that the business has been actively working on improving supply chain efficiencies since 2020. This is true. In fact, Japanese automakers came together at the start of the pandemic to discuss how best to manage component supplies ahead of government-sanctioned restrictions on the industry. Though this isn’t all that novel of a concept for the region, as disaster-prone Japan knows better than anyone that trouble is often lurking right around the corner. Most automakers already have scheduled review periods for their existing supply chains and brands from The Land of the Rising Sun tend to cycle theirs a bit faster than most.

Meanwhile, the Japanese government has simultaneously been trying to incentivize automakers and part suppliers to continue setting up factories on their native soil. But the initiative has been met with limited success due to the low cost of labor available in China. That could be subject to change moving forward. Despite still offering favorable labor prices, companies like Honda and Toyota are having real trouble getting the parts they need from Chinese suppliers and their own factories are still seeing an unacceptable amount of downtime for a myriad of reasons. Sometimes it’s due to a presumed regional COVID outbreak that encourages China to crack down on a local populace. Sometimes it’s down to environmental factors — as China has endured both drought and severe flooding over the last couple of years. But with the nation now also confronting a banking crisis and economic fallout, it’s not hard to see why Honda (and probably other Japanese brands) might want to create some distance.

Automotive News, which also covered the Sankei Shimbun report, noted that Mazda has already been putting some space between itself and China. Earlier this month, the Japanese automaker said that would ask its parts suppliers to increase stockpiles in Japan and produce components outside China. The company cited lockdowns that forced it to halt production for nearly two full weeks in April and May. The company said future contracts would focus on diversifying its supply chains and that it would strive to build products domestically whenever possible.

Honda was a little less committal when questioned about the prospect of shifting away from China. But one gets the sense that the manufacturer isn’t all that interested in coping with any more unnecessary downtime.

“The review of the supply chain from China and risk hedging are elements that need to be considered, but it is not quite the same as the objective of decoupling,” a Honda spokesperson explained.

Whatever the overarching plan happens to be, supply chains take years to establish and the same is true when you want to shake things up. Any automakers hoping to get away from Chinese production are about to enter into a monumental and costly undertaking that probably should have kicked off a few years ago. However, if the status quo means you cannot build enough cars to stay in business, then there’s nothing left to do but say “screw it” and make your move.

Article 143: What are constitution benches; when and why are they formed

Housekeeping: Tech Q and A Will Return Next Week