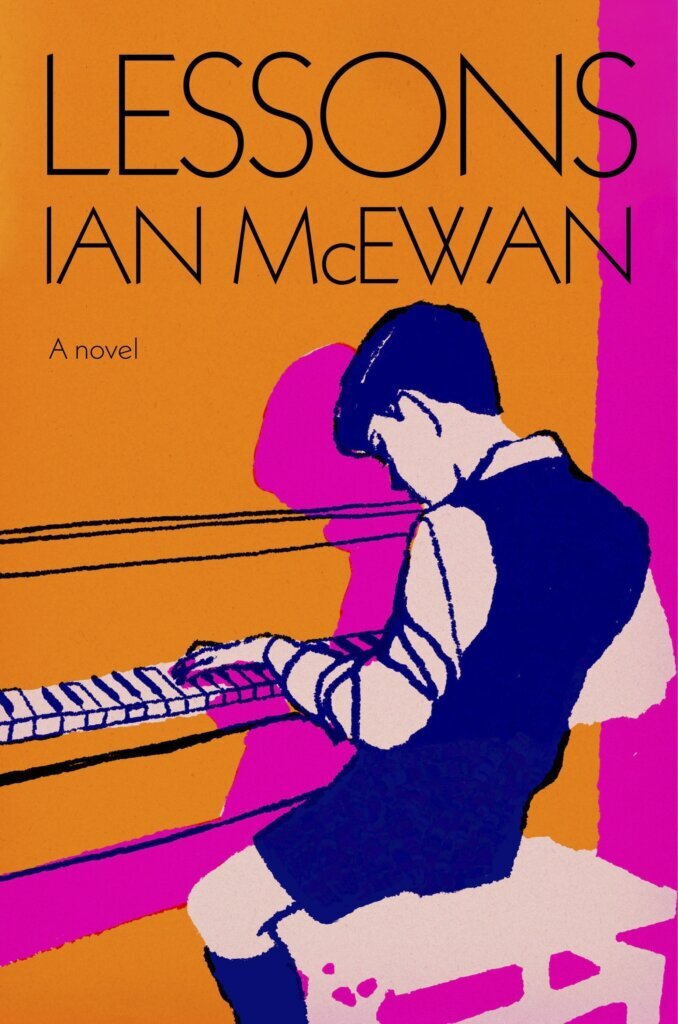 “Lessons,” by Ian McEwan (Alfred A. Knopf) “Roland occasionally reflected on the events and accidents, personal and global, minuscule and…

“Roland occasionally reflected on the events and accidents, personal and global, minuscule and momentous that had formed and determined his existence.” That one sentence in Ian McEwan’s new novel, “Lessons,” nicely sums up the book.

When we first meet Roland Baines he is a new parent, struggling to his raise his son alone. The news is filled with ominous headlines about a radiation cloud floating from Chernobyl toward Britain. His wife, we’re told, has “vanished.” There’s a detective in the house, asking questions. Is Roland a suspect? From there we’re swept back in time to Roland’s upbringing in Libya with a stern father and a mother who cowered before him. When the family flees Africa for London, 11-year-old Roland is sent to a boarding school where he exhibits a prodigious piano talent and meets the young woman who will forever alter his life — Miriam Cornell.

Their private music lessons quickly become about much more than music. When he hits a wrong note, “her fingers found his inside leg, just at the hem of his grey shorts, and pinched him hard.” That first touch awakens something in Roland and years later he is still not yet old enough to drive but is drawn into a passionate sexual affair with Miriam. It’s clear that this abusive and domineering relationship will define Roland’s life long after Miriam is no longer part of it.

One of the joys of the novel is the way it weaves history into Roland’s biography as well as the lives of other characters in the book. The event that precipitates his affair with Miriam is the Cuban Missile Crisis. The prospect of being “vaporized” in a nuclear blast spurs him to hop on his bike and answer a three-year-old invitation to stop by her house for lunch. The wife who is missing at the start of the book has parents who were members of the White Rose resistance movement of World War II. Later, as a young man before the birth of his son, Roland is at the Brandenburg gate when the Berlin Wall comes down. And at the end, it’s present day, with COVID altering everyone’s lives. Those historic markers put the very personal story of Roland’s life in perspective. “We are all one with history now, subject to its whims,” thinks Roland as he weathers the pandemic, alone, cut off from family and friends.

There are other themes here McEwan explores in depth — from envy to ambition to what truly constitutes a life well-lived — but the pleasure in reading this novel is letting it wash over you. McEwan is a storyteller at the peak of his powers and this deserves to be near the top of the “best books of 2022” list.

Football sign-up offers and free bets: Get £30 bonus to spend on Sporting Lisbon vs Tottenham with Spreadex