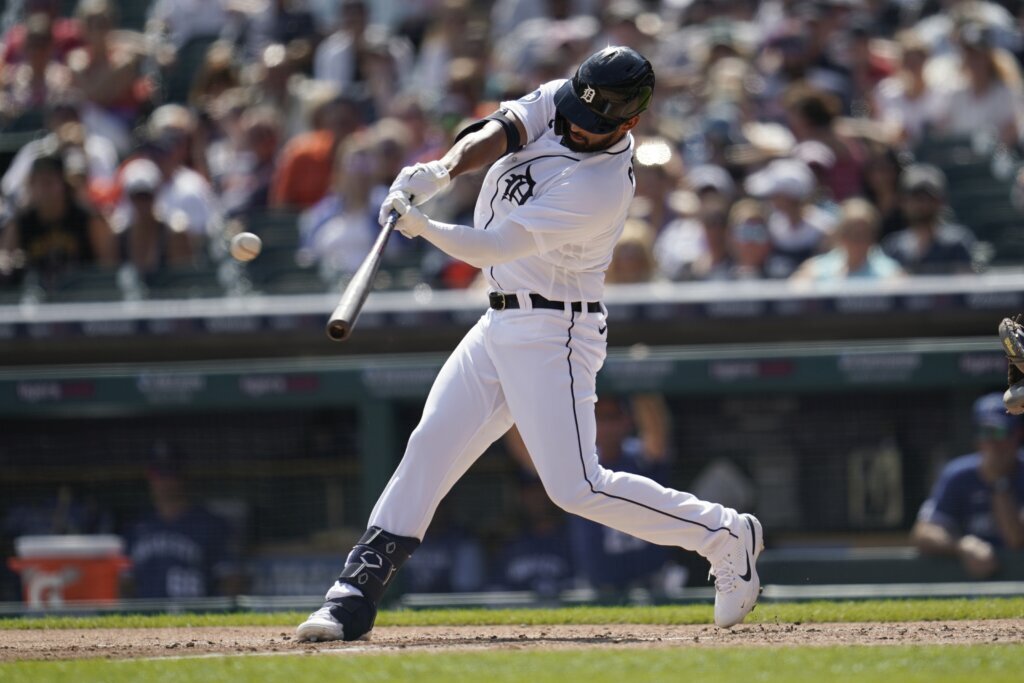 DETROIT (AP) — Victor Reyes and Riley Greene hit back-to-back homers in the ninth inning to give the Detroit Tigers a 4-3 win over the Kansas City Royals on Saturday.

With one out in the ninth, Reyes tied the game off Royals reliever Joel Payamps (2-2). It was the first homer allowed by Payamps in 26 1/3 innings this season. Greene followed with the first homer of his career.

The Royals took a 2-0 lead on Hunter Dozier’s bases-loaded double in the first inning. In the bottom half of the winning, Greene led off with a triple and scored on Javy Baez’s sacrifice fly.

Kansas City made it 3-1 in the fourth on Whit Merrifield’s RBI single.

The Tigers got a run back in the fifth when Greene walked, took third on Miguel Cabrera’s single and scored on a base hit from Eric Haase. Bobby Witt Jr got Kansas City out of the inning, stealing a base hit from Willi Castro. Detroit had two runners on in the sixth, but Amir Garrett struck out Greene to end the inning.

Garrett threw up his hands in celebration, drawing an angry verbal response from Baez, who had been on deck. Garrett and Baez have a tense relationship dating to a confrontation in 2019, when Garrett was with the Cincinnati Reds and Baez was with the Chicago Cubs.

Tigers: Despite facial bruising from being hit in the head by Brad Keller on Friday, Spencer Torkelson entered the game in the sixth inning to pinch hit for Kody Clemens. He remained in the game at first base.

The Royals activated Payamps from the COVID-19 list and outrighted RHP Daniel Mengden to Triple-A Omaha. Payamps had been sidelined since June 13.

Cabrera’s fifth-inning single was the 3,059 hit of his career, moving him within one of Craig Biggio for 25th place on the career list. He is currently two RBI behind Manny Ramirez’s 1,831 for 18th place.