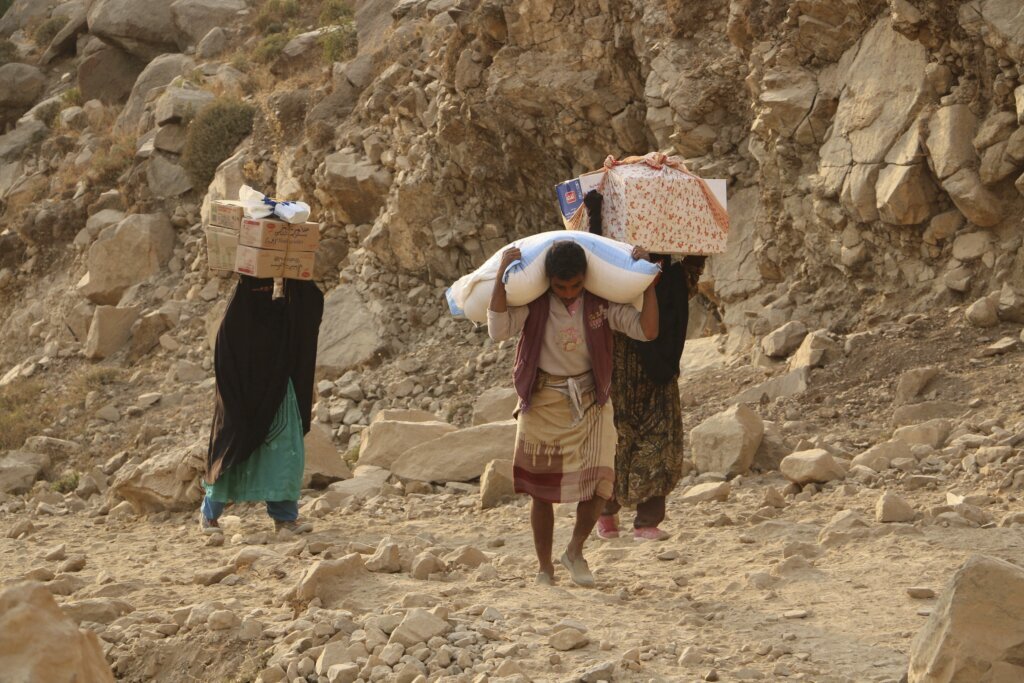 The groups, including Human Rights Watch and Amnesty International, said in a joint statement the Houthi blockade of Taiz has severely restricted freedom of movement and impeded the flow of essential goods, medicine, and humanitarian aid to the city’s residents.

“Houthi restrictions have forced civilians to use dangerous and poorly maintained mountain roads that are the only connection between Taiz city’s besieged population and the rest of the world,” said Michael Page, deputy Middle East and North Africa director at Human Rights Watch.

The Houthis have imposed a siege on the government-held Taiz, the capital of the province by the same name, since March 2016. The southwestern city of is the junction of two crucial highways: an east-west road leading to the coastal city of Mocha on the Red Sea, and another north-south, to Sanaa via Dhamar and Ibb provinces.

The joint statement said Houthi-manned checkpoints prevented residents from bringing in essential items such as fruit, vegetables, cooking gas, dialysis treatment packets, and oxygen cylinders. They also “unlawfully confiscated some of these items,” it said.

“The siege of Taiz has become nothing more than a card on the negotiating table,” said Radhya Al-Mutwakel Chairperson of Mwatana for Human Rights.

Reopening the roads of Taiz and other provinces are part of the U.N.-brokered truce between the Houthis and the internationally recognized government, which initially took effect earlier in April and extended twice till earlier September.

Several rounds of U.N.-facilitated negotiations in the Jordanian capital of Amman failed to produce an agreement to ease the Houthi blockade of Taiz. In July, the rebels have rejected a U.N. proposal of a gradual reopening of Taiz roads, according to the U.N. mission in Yemen.

The blockade is part of Yemen’s brutal civil war since 2014, when the Houthis seized Sanaa and much of northern Yemen and forced the government into exile. A Saudi-led coalition entered the war in early 2015 to try restore the internationally recognized government to power.

The conflict has created one of the world’s worst humanitarian crises and over the years turned into a regional proxy war between Saudi Arabia and Iran. More than 150,000 people have been killed, including over 14,500 civilians.