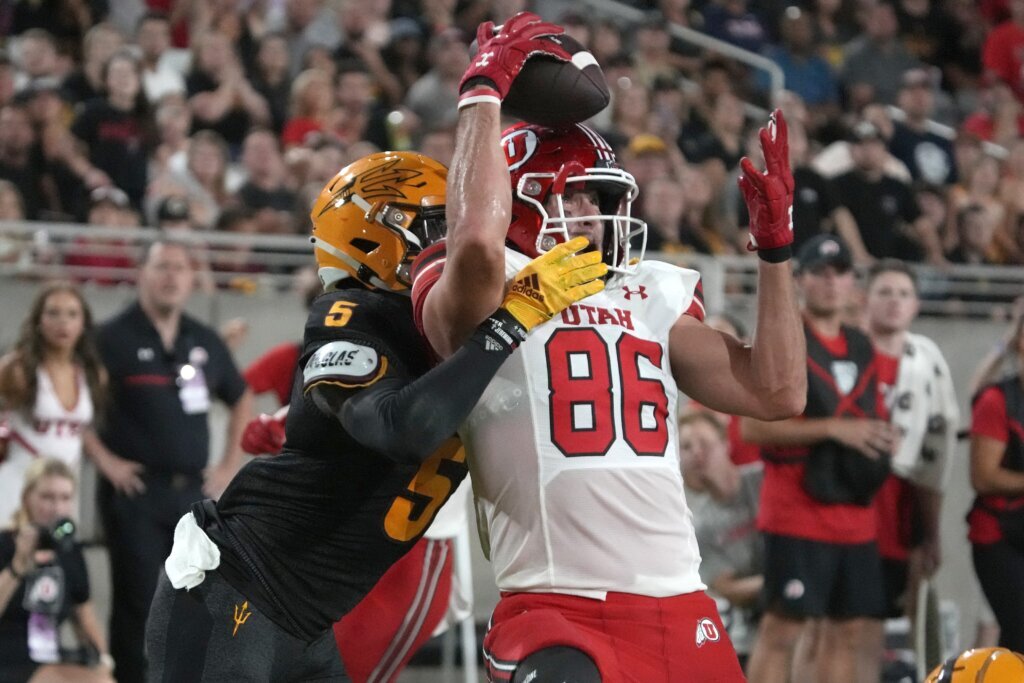 The Utes spoiled the debut of Arizona State’s Shaun Aguano, who was named interim coach earlier this week after Herm Edwards was fired following last weekend’s loss to Eastern Michigan.

The Utes built a 17-0 lead by midway through the second quarter and led 24-6 at halftime. Utah outgained Arizona State 252-59 in the first half.

Rising completed 19 of 29 passes and the Utes finished with 465 total yards.

Arizona State’s Emory Jones was 21 of 36 passing for 261 yards, one touchdown and two interceptions. Utah’s defense sacked Jones five times and the Sun Devils didn’t score a touchdown until the final minutes when the outcome was already decided.

It’s been a week of upheaval for the Arizona State program, which fired Edwards on Sunday, one day after an embarrassing 30-21 loss to Eastern Michigan. The program is also in the midst of an NCAA investigation that involves recruiting violations.

Aguano — formerly the running backs coach — was named the interim coach. He was born and raised in Kapaa, Hawaii, but eventually became one of the most decorated high school coaches in Arizona history, leading Chandler High to four state 6A titles.

Utah starting running back Tavion Thomas didn’t play in the first half, but entered the game in the third quarter and ran 11 times for 60 yards. There was no immediate explanation from the Utes for Thomas’ first-half absence.

Thomas had his 11-game touchdown streak snapped. The last time he didn’t score a touchdown was against Washington State on Sept. 25 last season.

The Utes could move up a few spots in the AP Top 25 after No. 6 Oklahoma and No. 10 Arkansas both lost.

Utah: It was a vintage game for the Utes, who have two excellent tight ends, a veteran quarterback and a deep running back group. There’s a reason they’re among the favorites in the Pac-12.

Arizona State: Aguano got the interim job at a tough time. His first game was against Utah and his next two are against USC and Washington. The Sun Devils have some talented players but Pac-12 play figures to be difficult.