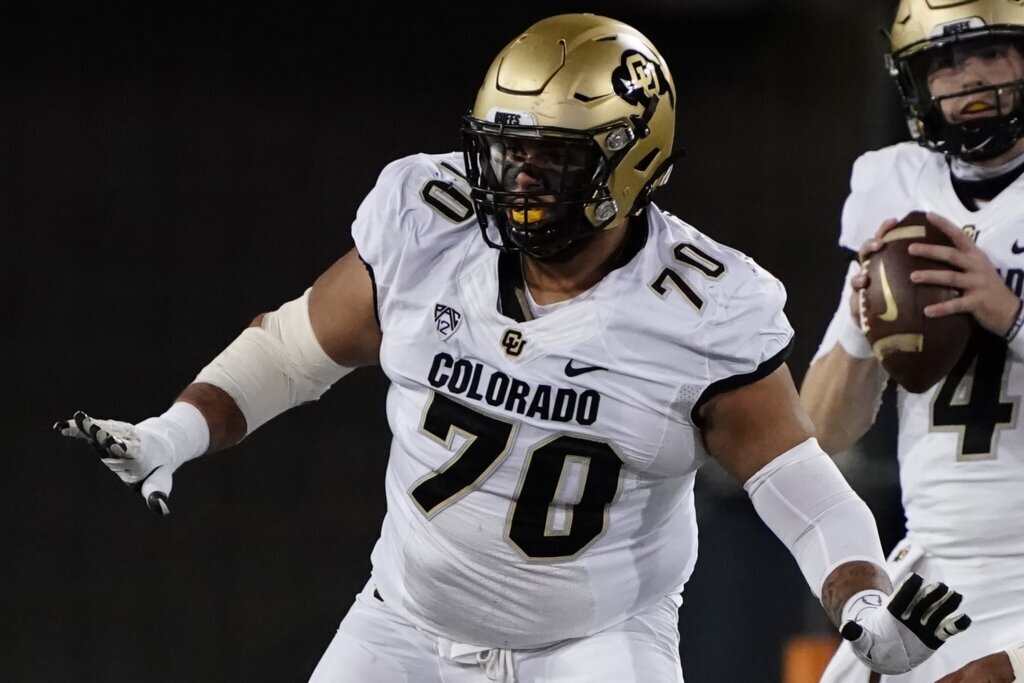 Not one did he take for granted.

The fifth-year player nearly had football taken away last year when he tested positive for COVID-19 and was diagnosed with myocarditis, which is an inflammation of the heart wall. For Roddick, his slow road back to the field simply underscored the importance of appreciating all the little things — like being voted team captain this week — and having backup plans.

“If you love anything and it’s taken out of your hands, that’s definitely something you can reflect on, but it’s not the end of the world. That’s how you have to look at it,” said Roddick, who will start at left guard in the season opener Friday night against TCU at Folsom Field. “There are hundreds of other things that you can get into regardless of whether it’s football, business or whatever realm you go into. It’s a lesson that I’ve had to incorporate into my life.”

In late January 2021, Roddick was going through a team run and didn’t feel right. A test confirmed what he already figured — he had COVID-19.

The medical staff later discovered he developed myocarditis, which he knew little about but quickly got up to speed on the seriousness of the condition that can be triggered by a virus. At its most severe, myocarditis can lead to sudden cardiac arrest and has been a documented cause of death for young, otherwise healthy athletes.

“At one point, they were hesitant that I would play again,” Roddick recalled. “They were scared to release me back into the game of football.”

Rest is all he could do for several months. He wasn’t allowed to elevate his heart rate.

He spent most of his time going over game film. He studied Colorado games over and over. He watched the entire 2020 NFL season, too, paying close attention to the offensive line work of his two favorite NFL teams, the 49ers and the Raiders.

“Watching that, it made me miss football,” said Roddick, who also got into yoga while sidelined.

It wasn’t until around June of last year when he was allowed to go on casual walks. It wasn’t until August 2021 that he was cleared to participate, and not until two weeks into the ’21 season when he started to feel like himself again. Roddick started the final 10 games.

The 6-foot-4 Roddick has come a long way since he arrived at Colorado in January 2018. Back then, he weighed 385.6 pounds — a figure that shocked him (he was lifting and eating as he tried to bulk up for the college level).

“I was like, ‘Shoot. That’s nowhere near where I wanted to be,’” Roddick said.

That figure also motivated him.

These days, his current weight hovers around 305 pounds. Not only that, but he’s bench pressing the same, along with feeling healthier and faster.

“On the field, it’s a different me,” Roddick said. “This offseason was the first time in three years where I’ve actually been able to get right and get correct in the weight room.”

This season, he’s sliding over to left guard after lining up on the right side in ’21. The versatile Roddick can also play center if needed. Anything to protect quarterbacks Brendon Lewis or J.T. Shrout (the Buffaloes haven’t named a starter for the season opener) and open holes for tailback Alex Fontenot.

“He’s had an excellent camp, the best camp of all of our linemen,” said coach Karl Dorrell, whose team is coming off a 4-8 season. “We’ve got a really good guy that’s a great example of what (hard work) looks like — how he trained, how he practices and prepares. So the young guys can follow the model of what he’s presented for us.”

No surprise he was picked as a captain, joining defensive end Terrance Lang, inside linebacker Quinn Perry and tight end Brady Russell.

“Truly an honor and a privilege,” Roddick said. “As a captain you must lead, inspire, and create solutions in order for your team to be successful.”