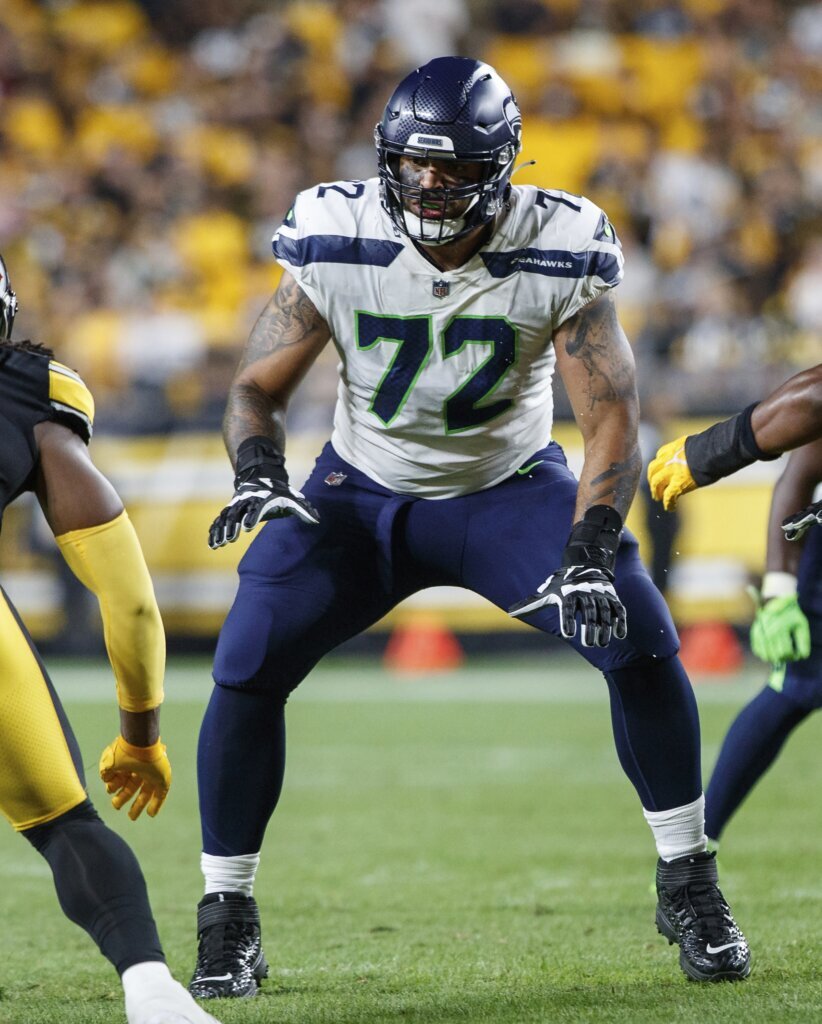 RENTON, Wash. (AP) — Perhaps it’s a sign of how much the Seattle Seahawks are likely counting on their two…

RENTON, Wash. (AP) — Perhaps it’s a sign of how much the Seattle Seahawks are likely counting on their two rookie offensive linemen to contribute immediately.

Several mornings during training camp there’s been extra meetings on top of the normal meetings for Charles Cross and Abe Lucas to try and get the duo up to speed and ready for what’s to come in their first NFL season.

Consider it an accelerated crash course.

“We have extra meetings with the rookies, myself or (assistant offensive line coach) Keli’i (Kekuewa) will meet with them extra,” Seattle offensive line coach Andy Dickerson said. “We have rookie meetings, but then he will grab them early in the morning sometimes, so you just keep giving them the information.”

It’s becoming clearer that Seattle intends to lean heavily on its two rookie draft picks going into this season. Cross was the No. 9 overall pick out of Mississippi State, the highest pick for the Seahawks since 2010 when they also drafted a left tackle — Russell Okung at No. 6 overall.

Lucas was Seattle’s third-round pick, a bullying right tackle from Washington State that provides the Seahawks a pair of bookends to build around now and into the future.

They both saw significant playing time in last weekend’s preseason opener against Pittsburgh. And they’re expected to start together on Thursday night against Chicago.

“I guess it’s been nice to just kind of have that same sort of mentality. I guess learning curve to climb (together) with a guy there who is my age going through the same stuff,” Lucas said.

Cross was regarded as one of the best pass blocking offensive linemen in last year’s draft, but run blocking was the question. The same question lingered about Lucas since both had played in the offensive systems of Mike Leach during their time in college.

For the first test against an opponent, both graded out well against the Steelers, Seattle coach Pete Carroll said Tuesday.

“We ran a lot of stuff at Charles, he had a lot of frontside stuff, commanded his block on almost every play in the running game,” Carroll said. “What was really exciting was to see Abe on the back side. Abe had some dominant blocks.”

While it’s clear that Cross will be the starter at left tackle having taken basically every first-team snap throughout the offseason and training camp, Lucas is in a competition with Jake Curhan, who is entering his second season.

Curhan and Lucas seemed to split reps through the opening couple of weeks of camp. Lucas got the majority of the time with the No. 1 offense during Seattle’s first scrimmage. Curhan was the starter in the preseason opener against Pittsburgh, but Lucas had perhaps the better performance, albeit against lesser competition.

Lucas is likely to get the start on Thursday as Curhan missed practice Tuesday because of back spasms.

Carroll said Drew Lock will start Seattle’s second preseason game on Thursday against Chicago, but that Geno Smith remains in the lead of the competition.

Carroll said the plan all along was for Smith to start the opener last weekend in Pittsburgh and Lock to get the nod in the second preseason game.

“Geno is still the No. 1 guy. He’s holding on to spot at this point,” Carroll said. “I really like what Drew has shown us.

Seattle rookie RB Ken Walker III is dealing with a hernia issue and the goal is that he will hopefully be ready by the season opener, Carroll said. Walker had five carries for 19 yards in the preseason opener against Pittsburgh. … Seattle is also aiming to have WR Marquise Goodwin (hamstring) back in time for the season opener.