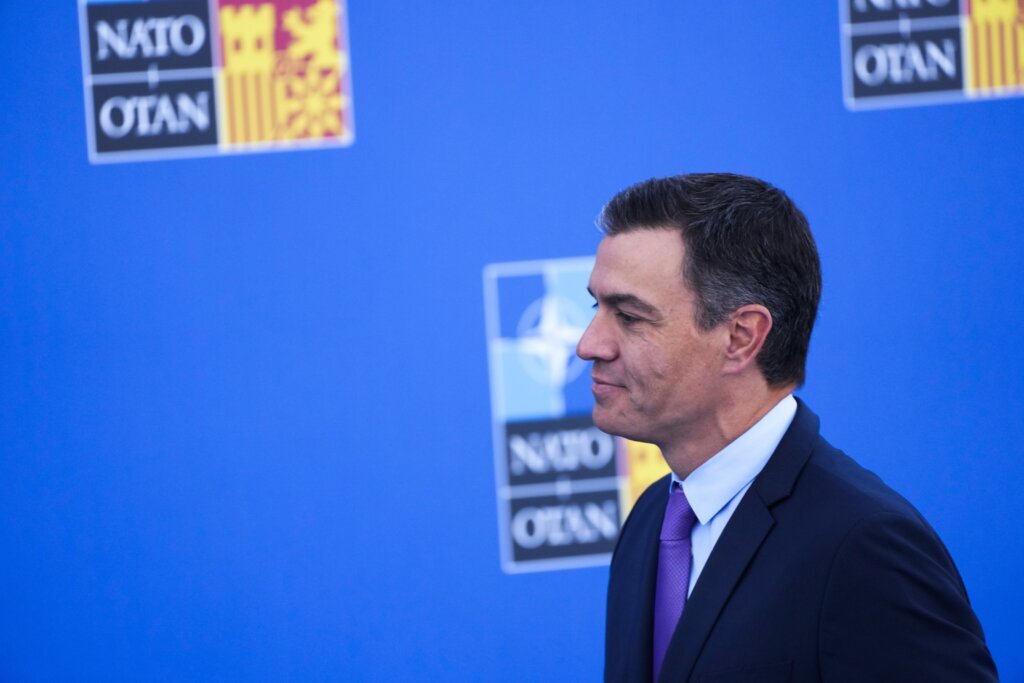 MADRID (AP) — NATO was facing rebukes from Moscow and Beijing on Thursday after it declared Russia a “direct threat” and said China posed “serious challenges ” to global stability.

The Western military alliance was wrapping up a summit in Madrid, where it issued a stark warning that the world has been plunged into a dangerous phase of big-power competition and myriad threats, from cyberattacks to climate change.

NATO leaders also formally invited Finland and Sweden to join the alliance, after overcoming opposition from Turkey. If the Nordic nations’ accession is approved by the 30 member nations, it will give NATO a new 800-mile (1,300 kilometer) border with Russia.

Russian President Vladimir Putin warned he would respond in kind if the Nordic nations allowed NATO troops and military infrastructure onto their territory. He said Russia will have to “create the same threats for the territory from which threats against us are created.”

China accused the alliance of “maliciously attacking and smearing” the country. Its mission to the European Union said NATO “claims that other countries pose challenges, but it is NATO that is creating problems around the world.”

Secretary-General Jens Stoltenberg told the summit that Russia’s invasion of Ukraine had brought “the biggest overhaul of our collective defense since the end of the Cold War.”

The invasion shattered Europe’s peace, and in response NATO has poured troops and weapons into eastern Europe on a scale unseen in decades. Member nations have given Ukraine billions in military and civilian aid to strengthen its resistance.

Ukrainian President Volodymyr Zelenskyy, who addressed the summit by video link, asked for more. He urged NATO to send modern artillery systems and other weapons and warned the leaders they either had to provide Kyiv with the help it needed or “face a delayed war between Russia and yourself.”

“The question is, who’s next? Moldova? Or the Baltics? Or Poland? The answer is: all of them,” he said.

At the summit, NATO leaders agreed to dramatically scale up military force along the alliance’s eastern flank, where countries from Romania to the Baltic states worry about Russia’s future plans.

It announced plans to increase almost eightfold the size of the alliance’s rapid reaction force, from 40,000 to 300,000 troops, by next year. The troops will be based in their home nations but dedicated to specific countries in the east, where the alliance plans to build up stocks of equipment and ammunition.

President Joe Biden, whose country provides the bulk of NATO’s firepower, announced a hefty boost in America’s military presence in Europe, including a permanent U.S. base in Poland, two more Navy destroyers based in Rota, Spain, and two more F35 squadrons to the U.K.

The expansion will keep 100,000 troops in Europe for the foreseeable future, up from 80,000 before the war in Ukraine began.

Biden said Putin had believed NATO members would splinter after he invaded Ukraine, but he got the opposite response.

Still, strains among NATO allies have also emerged as the cost of energy and other essential goods has skyrocketed, partly because of the war and tough Western sanctions on Russia. There also are tensions over how the war will end and what, if any, concessions Ukraine should make.

At what Stoltenberg called a “transformative” summit, the leaders published NATO’s new Strategic Concept, its once-a-decade set of priorities and goals.

The last such document, in 2010, called Russia a “strategic partner.” Now, NATO is accusing Russia of using “coercion, subversion, aggression and annexation” to extend its reach.

The 2010 document made no mention of China, but the new one addressed Bejing’s growing economic and military reach.

“China is not our adversary, but we must be clear-eyed about the serious challenges it represents,” Stoltenberg said on Wednesday.

NATO said that China “strives to subvert the rules-based international order, including in the space, cyber and maritime domains” and warned of its close ties with Moscow.

The alliance said, however, that it remained “open to constructive engagement” with Beijing.

China shot back that NATO was a source of instability and vowed to defend its interests.

“Since NATO positions China as a ‘systemic challenge,’ we have to pay close attention and respond in a coordinated way. When it comes to acts that undermine China’s interests, we will make firm and strong responses,” its statement said.

NATO also stressed the need to address political instability in Africa’s Sahel region and the Middle East — aggravated by “climate change, fragile institutions, health emergencies and food insecurity” — that is driving large numbers of migrants toward Europe. Host Spain and other European countries pushed for this new focus.

Follow the AP’s coverage of the war at https://apnews.com/hub/russia-ukraine.

Machine Gun Kelly smashes glass on his face, performs while bleeding soon after

Buckle Up: How investors can deal with turbulence in crypto market