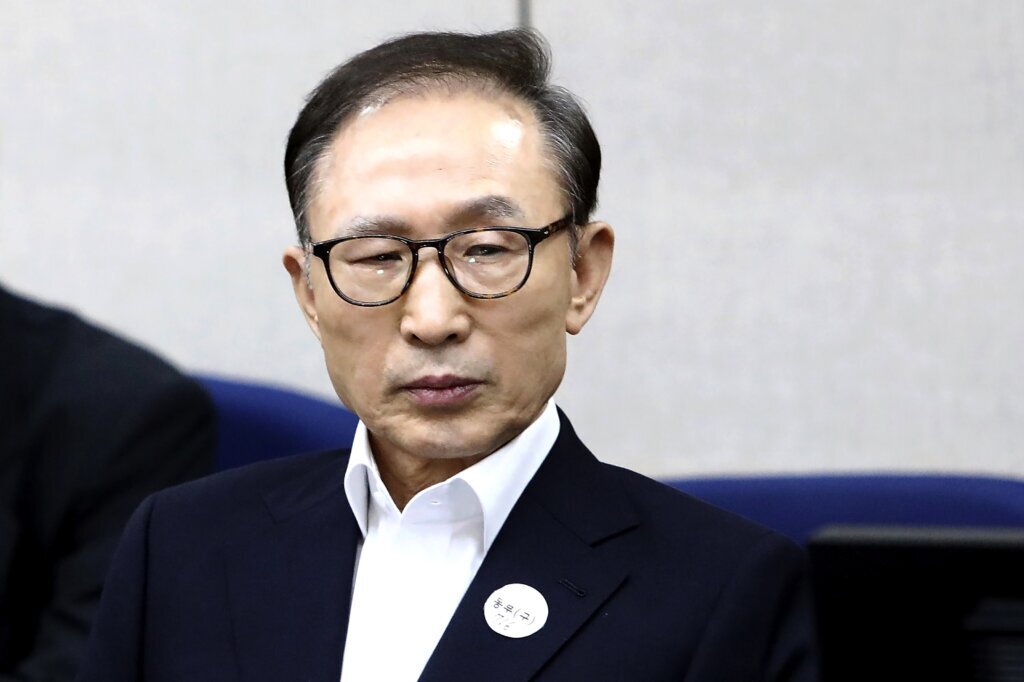 The 80-year-old could return to prison after the three-month furlough, barring further health setbacks, but it’s also possible he could be pardoned before then by President Yoon Suk Yeol, a fellow conservative who recently expressed reluctance to keep Lee behind bars.

The Suwon District Prosecutors’ Office said in a statement to The Associated Press it decided to suspend the execution of Lee’s sentence for three months after a deliberation committee acknowledged the risk of a “significant deterioration” in his health. The office didn’t elaborate on the conditions of Lee, who submitted a request for a stay of sentence earlier this month.

Lee was sent to prison after the Supreme Court confirmed his sentence in October 2020, but he regularly received outside hospital treatment for various health problems including diabetes.

There were no immediate comments issued by Lee, who was reportedly receiving treatment at a hospital in Seoul. Officials at the Seoul National University Hospital did not comment on Lee’s health problems, citing privacy rules.

Yoon told reporters earlier this month that it would be inappropriate to keep Lee imprisoned for “20-something years,” inaccurately describing his prison term while citing precedents of former presidents being released early from their sentences following major criminal convictions. There’s speculation that Lee could be considered for a presidential pardon ahead of an Aug. 15 holiday celebrating Korea’s liberation from Japanese colonial rule at the end of World War II.

“If the Yoon government is considering a pardon for Lee, a temporary stay of sentence would be the most convenient political setup, much less burdensome than granting a parole,” said Han Sang-hie, a law professor at Seoul’s Konkuk University.

Lee, a CEO-turned-conservative-hero before his fall from grace, was convicted of taking bribes from big businesses including Samsung, embezzling funds from a company that he owned and committing other corruption-related crimes before and during his presidency from 2008 to 2013.

A Seoul district court initially sentenced Lee in 2018 to 15 years in prison. He was bailed out of prison several months later but was taken back into custody in February 2020, after an appellate court handed down a 17-year term and canceled his bail.

Lee was released days later after he appealed the ruling on his bail cancelation, but he was sent back to prison in October that year after the Supreme Court upheld the lower court’s ruling.

Lee, a former Hyundai CEO, won the 2007 presidential election on a promise to reinvigorate the country’s economy. But his five years in office were marred by the global financial crisis, massive public protests over the resumption of U.S. beef imports amid lingering mad cow fears and animosities with rival North Korea, including two deadly attacks blamed on Pyongyang that killed 50 South Koreans in 2010.

Lee’s corruption case erupted after his conservative successor, Park Geun-hye, was removed from the presidency and jailed in 2017 over a separate corruption scandal that sparked massive protests.

Park had served less than a quarter of her 22-year sentence before the country’s previous liberal president, Moon Jae-in, pardoned her in December last year, citing her health problems and a need to promote unity in the politically divided nation.