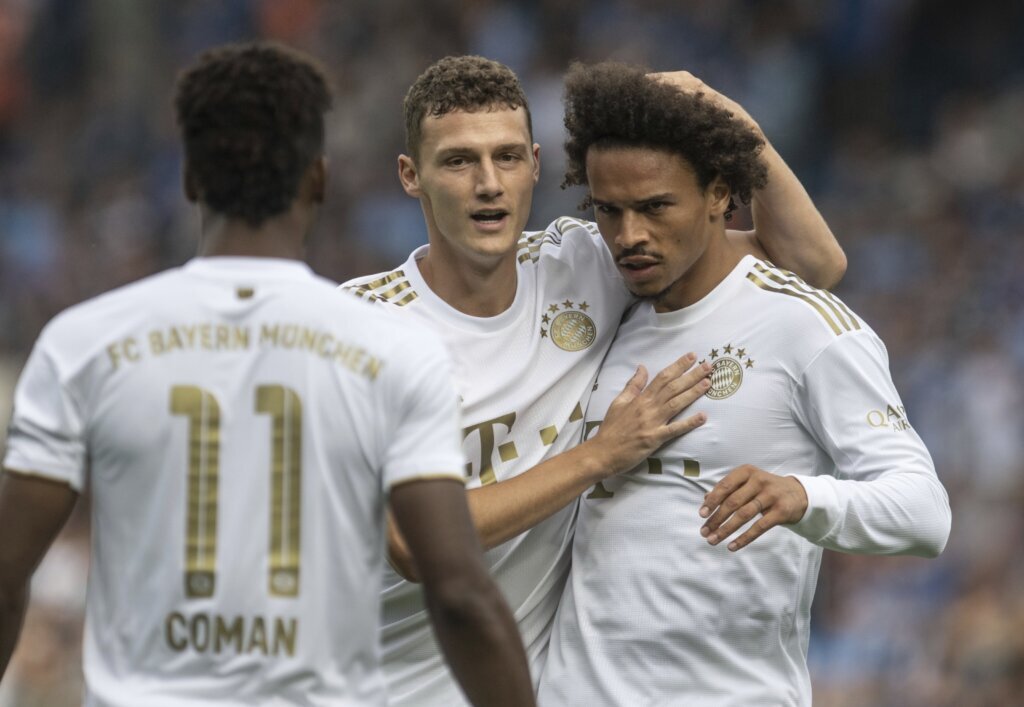 Mané took his tally to three goals in as many games since switching from Liverpool in the offseason.

Bochum didn’t have to contend with the Senegal star last season as Thomas Reis’ team stunned Bayern with a 4-2 win at home in February.

“It was a brilliant game from us, people are still talking about it,” Reis said before kickoff on Sunday.

But hopes of a repeat were tempered by memories of the teams’ previous meeting, a 7-0 rout in Munich, which was Bochum’s heaviest Bundesliga defeat.

Bayern had already clocked up eight goals in two games so far this season and the visitors didn’t have to wait long for Leroy Sané to open the scoring in the fourth minute.

Sané brought Thomas Müller and Kingsley Coman with him and the latter pulled the ball back for Sané to unleash a curling effort inside the right post.

Matthijs de Ligt scored with a header from a corner in the 25th for his first Bayern goal since joining from Juventus. The Netherlands defender was making his first start for his new club.

Coman scored the third – a gift from the Bochum defense – in the 33rd, when Riemann blocked Müller’s initial attempt.

Mané had the ball in the net again in the 40th, but the goal was ruled out as it came off his hand. But the Senegal forward didn’t have to wait long before Coman set him up in the 43rd. Mané eluded Saidy Janko and slotted the ball inside the near post.

Mané sent Riemann the wrong way to score from the penalty spot in the 59th, 10 minutes before Cristian Gamboa scored an own-goal as he tried to prevent Sané˙from getting to Serge Gnabry’s pass.

Gnabry got the seventh goal in the 76th. Manuel Neuer denied Gerrit Holtmann a late consolation.

Eintracht Frankfurt’s long wait for a league win continued earlier when Jan Thielmann scored late for Cologne to draw 1-1. Daichi Kamada looked like ending Frankfurt’s 10-game run without a win when he scored in the 71st, but Thielmann equalized in the 82nd for the visitors.

If considered by Oppn, Nitish might be ‘strong candidate’ for PM: Tejashwi