Sailor killed at Pearl Harbor to be laid to rest, at last 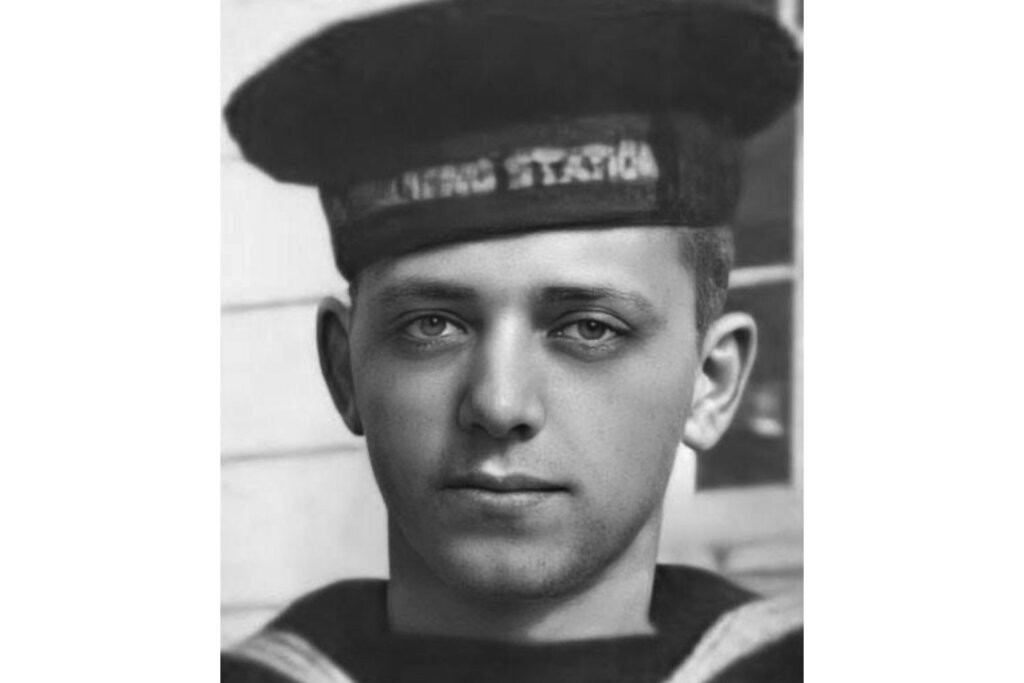 Herbert “Bert” Jacobson will be laid to rest on Tuesday, more than 80 years after he was killed in the attack that propelled the United States into World War II.

CHICAGO (AP) — Herbert “Bert” Jacobson will be laid to rest on Tuesday, more than 80 years after he was killed in the attack that propelled the United States into World War II.

Members of Jacobson’s family have waited all their lives to attend a memorial for the young man they knew about but never met. Jacobson was among the more than 400 sailors and Marines killed on the USS Oklahoma during the Dec. 7, 1941, Japanese attack on Pearl Harbor. The casket containing his remains will be interred at Arlington National Cemetery.

“This has kind of been an unsolved mystery and it gives us closure to finally know what happened to Bert, where he is and that he’s being finally laid to rest after being listed as an unknown for so long,” said Brad McDonald, a nephew.

The service at Arlington will be the latest chapter in the story of a 21-year-old man from the small northern Illinois town of Grayslake, for the family that never had a body to bury when he was killed and the scientific quest to put names to the remains of hundreds of personnel from the battleship who lay buried anonymously for decades in a dormant volcanic crater near Pearl Harbor.

It is a story of waiting.

The battleship remained submerged for two years before it was refloated and bodies were recovered. A few years later, the graves of men on the Oklahoma were reopened in the hopes that dental records might lead to their names. But 27 sets of remains were not identified and had to be reinterred at the crater, the National Memorial Cemetery of the Pacific in Honolulu, commonly known as the Punchbowl.

Another effort to identify about 100 sets of remains came up empty in 2003.

In 2015, the Department of Defense announced plans to exhume the remains again.

“We now have the ability to forensically test these remains and produce the identifications,” Debra Prince Zinni, a forensic anthropologist and laboratory manager at the Defense POW/MIA Accounting Agency in Hawaii, told The Associated Press at the time.

That gave new hope to Jacobson family members, who had been disappointed by each failed effort. They told the AP that Jacobson’s mother cried every Dec. 7, at least in part because she never knew where he was.

“She always had the hope the phone would ring and it would be Bert,” McDonald said.

The 2015 effort, Project Oklahoma, has led to the identification of 355 men — including Jacobson — who were killed when their ship was hit by at least nine torpedoes. That leaves 33 sets of remains still to be identified. To mark the 80th anniversary of the attack, those unidentified remains were reinterred, said Gene Hughes, a public affairs officer with Navy Personnel Command. He has worked with the families of those killed on the Oklahoma, including Jacobson’s relatives.

For Jacobson’s family, any hope they would know exactly what happened on Dec. 7, 1941, faded long ago. All they knew from talking to Jacobson’s shipmates was that he had just come off duty after spending several hours ferrying men to shore.

McDonald said a good friend of his uncle’s from the Navy said he was pretty sure Jacobson “was asleep in his bunk and died before he even knew a war was going on. But we don’t really know.”

That left one final question: What happened to Bert Jacobson’s body?

The answer came in 2019, when McDonald said the family was notified that Jacobson’s remains had been identified. Hoping the burial could take place the next year, they were forced to wait, in large part because the COVID-19 pandemic delayed most gatherings, funerals included.

Now, they are getting the closure that Jacobson’s parents and other family members never had.

“I wish they could have seen this,” McDonald said of his grandparents, parents and others.

For him, seeing the uncle he never met take his place at Arlington is especially significant.

“When Bert joined the Navy, he ran into a fella from South Dakota who was an orphan,” McDonald said. “When they got a weekend pass, Bert took him home and the orphan met his (Bert’s) younger sister.”

“That orphan was my dad, and Bert’s sister was my mom,” he said. “So, I wouldn’t be here without Bert.”