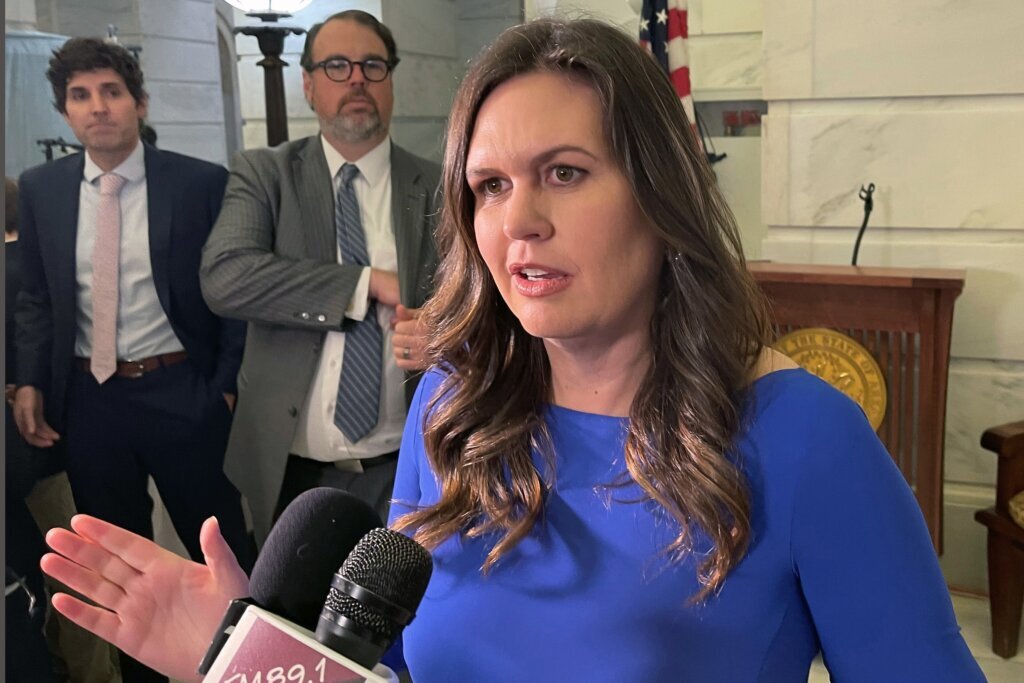 LITTLE ROCK, Ark. (AP) — Former White House press secretary Sarah Sanders, a Republican who is running for governor in Arkansas, was released from a hospital Saturday after undergoing surgery for thyroid cancer.

“Following successful surgery on Friday to remove her thyroid and surrounding lymph nodes and in consultation with her physician, Sarah was discharged from an Arkansas hospital—cancer free,” said Sanders spokesperson Judd Deere. “She will spend the remaining portion of her recovery at home.”

Deere told The Associated Press that Sanders, 40, plans to resume campaigning “soon,” but it was not known precisely when she would return.

Sanders said Friday when announcing the surgery that a biopsy earlier this month revealed she had thyroid cancer.

Dr. John R. Sims, a surgeon at CARTI Cancer Center in Little Rock who is one of Sanders’ doctors, said Sanders’ cancer was a stage 1 papillary thyroid carcinoma, the most common type of thyroid cancer and said she has an “excellent” prognosis.

Sanders, who served as former President Donald Trump’s spokeswoman until 2019, is running against Democratic nominee Chris Jones. She is the daughter of former Gov. Mike Huckabee.

Jones and his wife, Jerrilyn, on Friday issued a statement saying their family was thinking of Sanders and praying for her.

Sanders is heavily favored in the predominantly Republican state of Arkansas to win the office currently held by Republican Gov. Asa Hutchinson, who is leaving office in January due to term limits.

She’s run primarily on national issues in the Arkansas race, promising to use the governor’s office to fight President Joe Biden and the “radical left.”