SAUDI ARABIA are looking to qualify for the World Cup knockout stages for the second time after springing one of the all-time shocks in Qatar.

The Saudis stunned Lionel Messi and Argentina in their opening game. 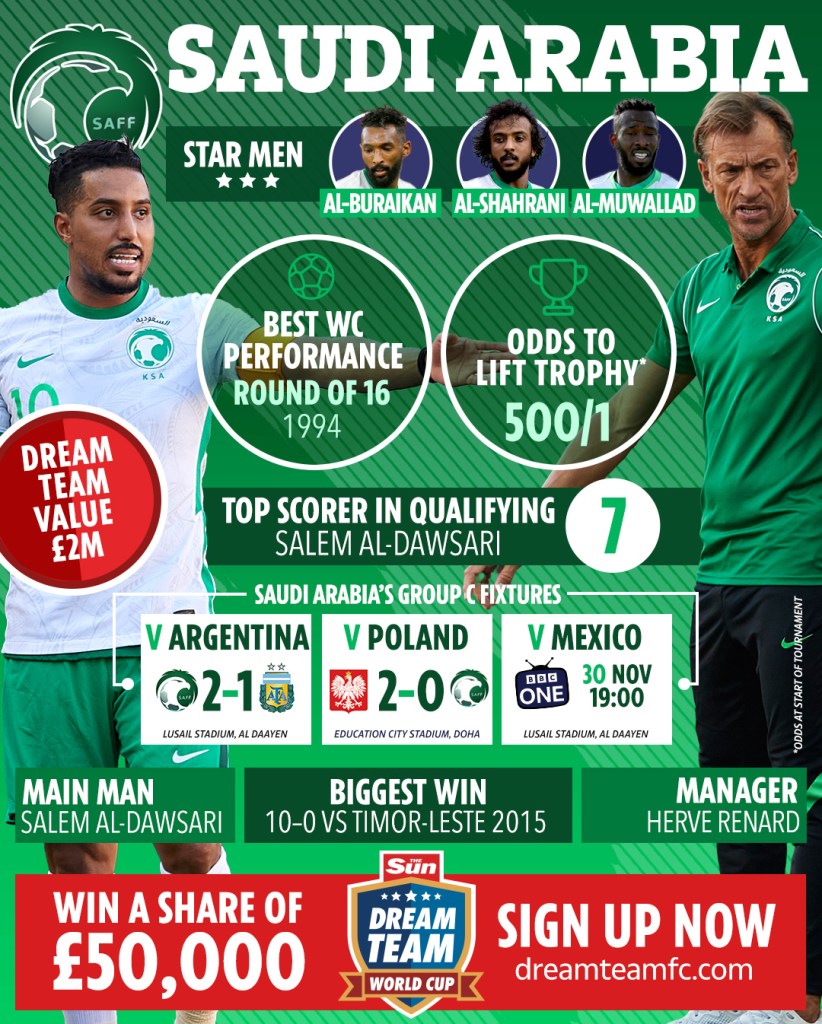 And while they were unable to maintain the momentum in their second game against Poland, qualification is still in their hands.

Mexico have had a torrid campaign and are yet to score in this competition.

But their fate is still just about in their own hands and they can make it through with a big win no matter what anybody else does.

SunSport takes a look at what to expect from Saudi Arabia vs Mexico, plus our score prediction.

BETTING SPECIAL – GET £66 IN FREE BETS ON THE WORLD CUP 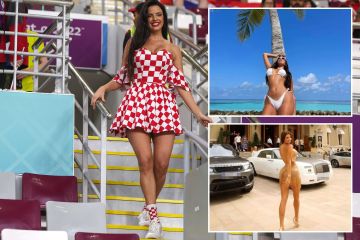 Saudi Arabia: Herve Renard’s energetic Saudi side achieved one of the most memorable results in World Cup history as they beat Argentina 2-1 in their opening game.

However, they ran out of gas in their second game as Poland ran out 2-0 winners to leave their qualification hopes up in the air.

Mexico: El Tri have yet to score a goal in a forgettable campaign which saw them draw 0-0 to the Poles and lose 2-0 to Argentina.

But they still have a chance of securing an eighth straight qualification for the knockout stages. 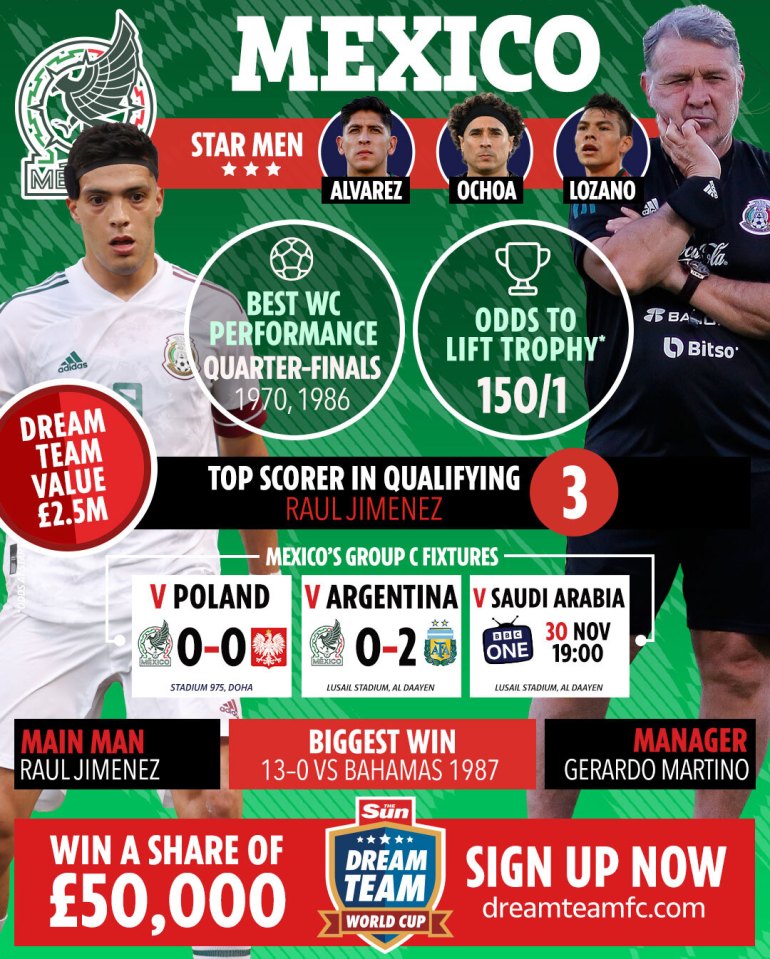 Mohammed Al-Burayk, Yasir Al-Shahrani and Salman Al-Faraj are all out through injury for Saudi Arabia.

Abdulelah Al-Malki misses out through suspension after picking up two yellow cards.

Mexico’s Andres Guardado was forced off injured after 42 minutes against Argentina, but quickly returned to training afterwards.

Who will be the star men?

Saudi Arabia: Salem Al-Dawsari showed his quality with his stunning winner against Argentina.

Mexico: Napoli winger Hirving Lozano is an ever-present in the team and will need to perform if the Mexicans are to rack up the goals.

A draw will be enough if Poland beat Argentina or Argentina win 4-0.

Mexico will qualify with any win if Poland beat Argentina.

Should that match end in a draw, they will need to win by four goals.

If Argentina win, the Mexicans will need to win and secure a five-goal win away from the Poles.

Saudi Arabia and Mexico have met five times, all of them being in the 90s and three of them in the Confederations Cup.

Of those games, Mexico have won four and there has been one draw.

Their last meeting was in the Confederations Cup in 1999, when Mexico ran out 5-1 winners at the Azteca.