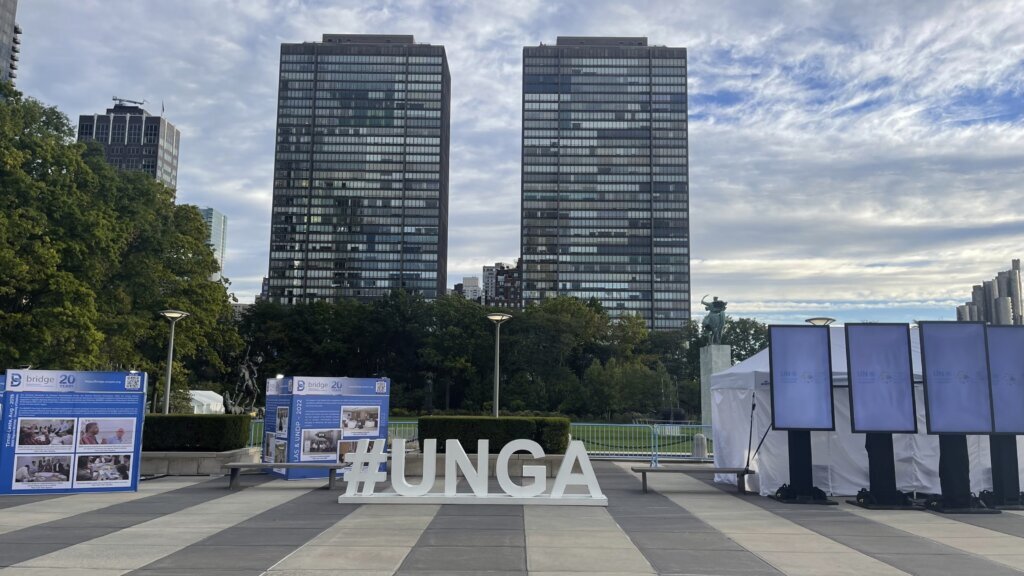 The United Nations, like many large institutions, has its own language. For the dignitaries, bureaucrats, journalists and officials who walk these halls regularly, this alphanumeric soup has meaning and perhaps even facilitates communication.

But during the handful of days every year when scores of world leaders descend on the U.N. campus in New York, so, too, do many people unfamiliar with these semantic shortcuts.

One organizational chart of the U.N. system lists more than 70 acronyms, from DESA to WFP. The Group of 77 confusingly has 134 members — a contradiction explained on its website as a choice meant to honor the “historical significance” of the original name.

To visitors, it can sometimes seem that language is being used to obscure meaning rather than elucidate it.

Those visitors must go uptown to go back down in order to access the U.N. tower on the East River during the U.N. General Assembly’s high-level debate because of the security cordon. The rhetoric inside is often just as circuitous.

And it’s not just the acronyms for U.N. agencies or nicknames for bodies or meetings. Here, too, appear words rarely heard elsewhere — multilateralism, hegemony, solidarity. Sometimes, they’re strung together in ways that defy attempts at parsing.

North Korea’s representative, for instance, railed against the United States by accusing Washington of trying “to maintain world hegemony by expanding the bilateral and multilateral military alliance system.”

It’s easy to get frustrated, since the words are really all we have this week. Around the world, the United Nations does many significant things: delivering food, administering vaccines, registering refugees. But as leaders make their cases on the world stage, this week is about talk.

Set against this morass, the moments of light, when they come, tend to shine brighter.

The prime minister of St. Vincent and the Grenadines spoke particularly eloquently and powerfully.

Ukraine’s president made an impassioned plea for punishing Russia for its invasion, while also vowing Kyiv would prevail.

And Bhutan’s foreign minister tugged at heartstrings, reading a letter from a 7-year-old who feared swelling glacier lakes would flood her Himalayan village and implored world leaders to combat climate change.

In fact, Tandi Dorji said he rethought his speech when he received that note — perhaps a sign that the right words still have power. At least, when it comes to UNGA.