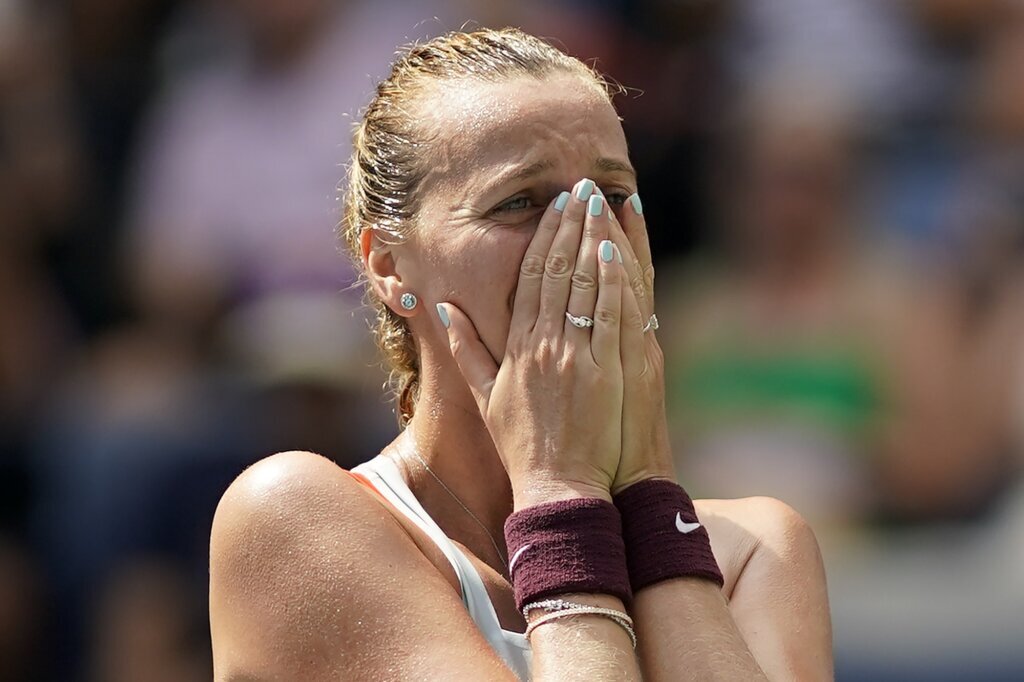 NEW YORK (AP) — Much like for so many other folks, Serena Williams’ last match at the U.S. Open was…

NEW YORK (AP) — Much like for so many other folks, Serena Williams’ last match at the U.S. Open was must-see TV for players still in the tournament, so Jessica Pegula and Petra Kvitova tuned in from their hotel rooms the night before their victories led off Saturday’s schedule and set up a fourth-round showdown.

“Of course I watched Serena. I’m like everyone else,” said Pegula, a 28-year-old American who is seeded No. 8 at Flushing Meadows and beat qualifier Yuan Yue 6-2, 6-7 (6), 6-0. “You feel kind of sad that’s how it ends. But, I don’t know, like I got a little, like, sentimental, too, watching her, how emotional she was getting.”

Kvitova, a two-time Wimbledon champion from the Czech Republic, credited Williams’ last stand — the owner of 23 Grand Slam titles fended off five match points before bowing out in three sets against Ajla Tomljanovic on Friday night in what is expected to be her final contest — with offering inspiration.

“It was very special. She didn’t want to leave the court, for sure. That was the same case with me today, actually. I didn’t want to go out of this tournament, so I was just there hanging (in), somehow,” said Kvitova, who erased deficit after deficit, including a pair of match points, to edge Garbiñe Muguruza 5-7, 6-3, 7-6 (12-10).

“That’s what Serena showed last night,” said Kvitova, who dropped her racket and covered her face with her ends when what she called a “nightmare” of a tiebreaker was over. “It was nice to see her yesterday, fighting until the end.”

Yes, Williams is gone, leaving the year’s last major tournament — and, in some ways, the sport as a whole — without its biggest star and storyline. Still, the show must go on.

So there was Kvitova, undaunted as ever, despite dropping the first set, despite trailing 5-2 in the third, despite being a point from defeat twice at 6-5.

Here’s how close this one was: Kvitova won 109 total points, Muguruza 108.

“Left everything on the court today,” said No. 9 Muguruza, a two-time Slam winner whose departure means the bracket was without six of the top 10 women before the third round was even done.

Two other were on the schedule later Saturday: No. 1 Iga Swiatek and No. 6 Aryna Sabalenka.

It was going to be tough for either of those matches to live up to the sort attention Williams drew, or the atmosphere she helped create, during her three-match run in Ashe.

“I just can’t believe the ‘era of Serena’ on the tennis court is over,” Pegula said. “I mean, it’s just hard to picture tennis without her.”

As for Kvitova-Muguruza, Rublev-Shapovalov required the new final-set tiebreaker format to determine the winner. The four Grand Slam tournaments agreed to adopt a uniform system this year, with the third sets of women’s matches and fifth sets of men’s decided by a first-to-10, win-by-two formula; the U.S. Open used to have the more traditional first-to-seven setup.

Pegula’s domination of her last set made that sort of thing entirely unnecessary. She had wasted a chance to close out the victory a half-hour earlier when she wasn’t able to convert her match point, but quickly regrouped.

Pegula started her Grand Slam career by going 3-8. She’s gone 22-7 since, including runs to quarterfinals at the Australian Open each of the past two years and the French Open this year.

The 28-year-old American, whose parents own the NFL’s Buffalo Bills and NHL’s Buffalo Sabres, came into Saturday with an 0-2 record in third-round matches at Flushing Meadows, including a loss to Kvitova in 2020.

Pegula gets another shot at her Monday.

“Petra is so hard to play. I feel like when she’s on, she blows you off the court. And then sometimes she can be off. .. She’s a fighter. When it clicks, it’s really difficult,” Pegula said, then was sure to add: “I think I’m a much better player now than I was when I played her last time.”

White Sox ace Cease with no-hitter through 7 against Twins