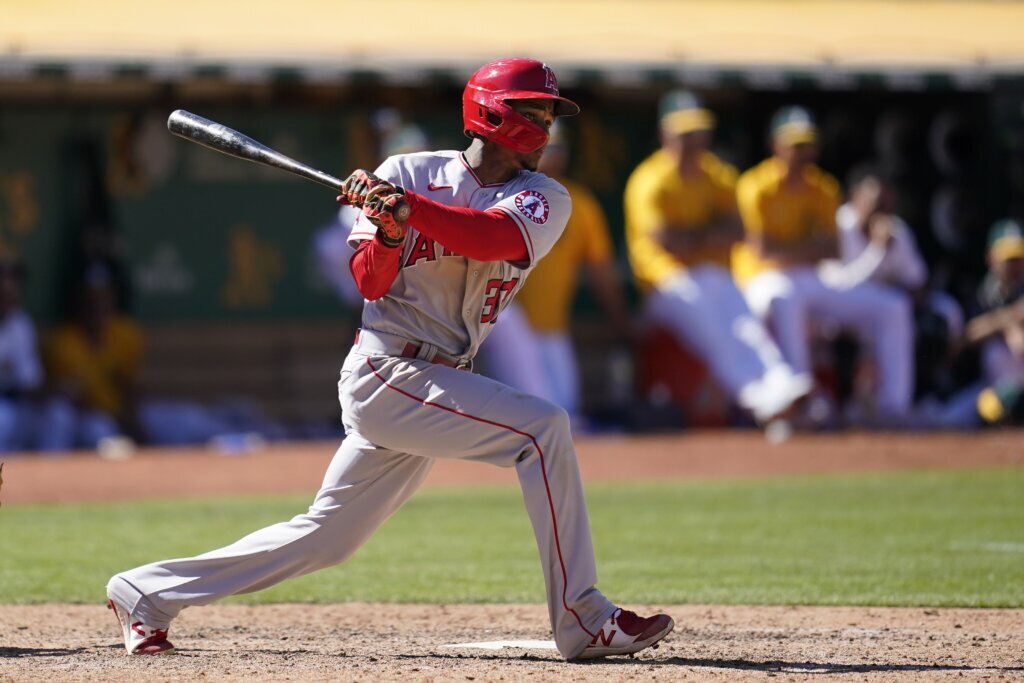 OAKLAND, Calif. (AP) — Magneuris Sierra hit an RBI single in the 10th inning, then doubled home the go-ahead run in the 12th that lifted the Los Angeles Angels over the Oakland Athletics 5-4 on Wednesday for a three-game sweep.

The A’s suffered their second winless homestand of the season at 0-5.

Jaime Barría (2-2) limited the A’s to an unearned run in three innings of relief to pick up his first win since May 8.

The Angels took a 3-0 lead in the sixth on a three-run homer by Luis Rengifo, his seventh of the year.

Oakland tied it in the seventh on a three-run double by Tony Kemp, who was thrown out at third trying to stretch it to a triple.

Athletics starter JP Sears allowed two runs in 5 1/3 innings in his Oakland debut. The left-hander was acquired from the Yankees along with Ken Waldichuk, Luis Medina and Cooper Bowman for Frankie Montas and Lou Trivino on Aug. 1.

Angels star Shohei Ohtani went 1 for 4 with a single and an intentional walk.

Before the game, the A’s designated veteran infielder Jed Lowrie for assignment, ending the 38-year-old’s third stint in Oakland.

“He’s been a part of some great clubs, especially of late,” manager Mark Kotsay said. “He’s had some great moments here. So definitely not an easy day.”

Oakland also selected the contract of outfielder Cal Stevenson from Triple-A Las Vegas. He started in center field and went 1 for 3 with a single, walk and sacrifice bunt in his major league debut.

Athletics: RHP Paul Blackburn was placed on the 15-day injured list retroactive to Aug. 5 with inflammation in his right middle finger. “We’re going to get him evaluated by a hand specialist Monday,” Kotsay said. Sears was called up from Triple-A Las Vegas to replace Blackburn on the active roster.