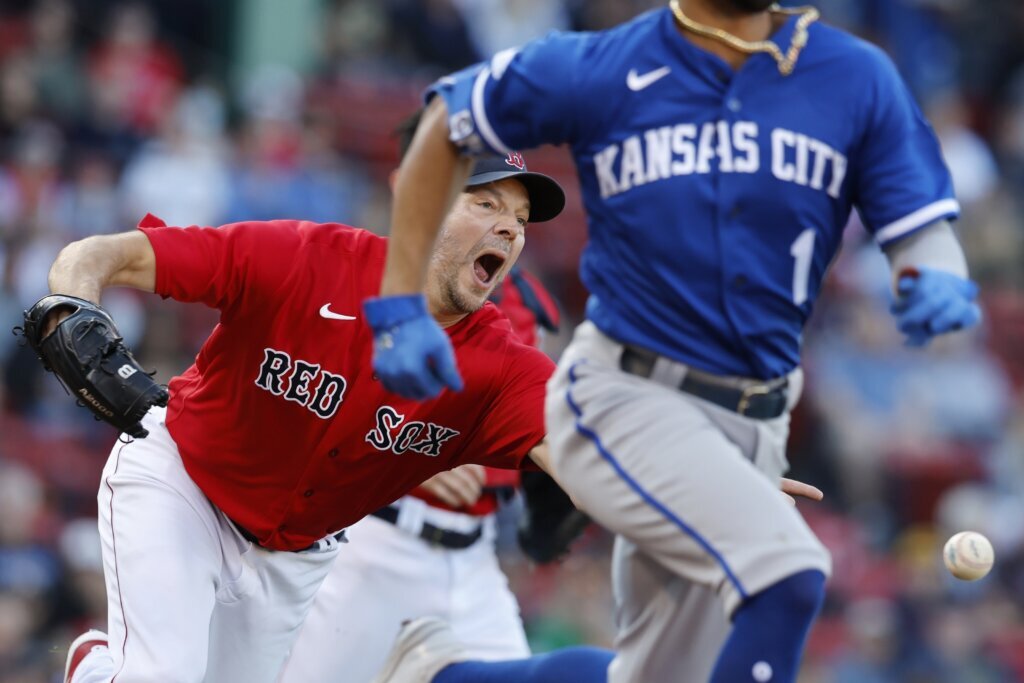 BOSTON (AP) — Brady Singer pitched out of a bases-loaded, nobody out jam in the third and finished with six…

BOSTON (AP) — Brady Singer pitched out of a bases-loaded, nobody out jam in the third and finished with six shutout innings on Saturday to lead the Kansas City Royals over the Boston Red Sox 9-0.

Pitching in Fenway Park for the first time, Singer (9-4) won his fifth straight decision, allowing five singles and a walk while striking out five. It was the second straight start without allowing a run for the 26-year-old College World Series champion from Florida.

MJ Melendez and Vinnie Pasquantino had three hits apiece for the Royals; Melendez scored four runs and Pasquantino drove in three. The first four batters in the Kansas City lineup went 10 for 20 with eight RBIs.

Rich Hill (7-7) gave up four runs on eight hits and a balk, striking out four.

The Red Sox loaded the bases on two singles and a walk with nobody out in the third inning and the top of the order coming up. But Singer got Tommy Pham to pop up in front of the mound, Rafael Devers was called out on strikes, and J.D. Martinez popped up to first base.

BIRDS OF A FEATHER

Red Sox right fielder Alex Verdugo lost a ball in the sun in the fifth inning when Pasquantino hit a liner directly at him. Verdugo stood helplessly until the ball bounced right in front of him and then off his right arm.

He picked it up and threw it in, but not before Bobby Witt Jr. had scored from first. The play originally was scored a single and an error, but then was changed to a double.

Center fielder Kiké Hernandez had more than the sun to contend with when he settled under Pasquantino’s high popup in the first inning. As Hernandez and Verdugo moved in to field the ball, a small flock of birds took off from where they were resting on the grass.

Hernandez managed to make the catch.

RHP Franklin German made his major league debut for Boston, coming in to start the sixth inning. It didn’t go well.

All four batters he faced reached — on two singles and a pair of walks. He left with the bases loaded and one run in, and Eduard Bazardo allowed another run to score when Melendez grounded into a fielder’s choice. Witt and Pasquantino singled to score two more and give the Royals n 8-0 lead.

Arlington County is latest to reduce some speed limits