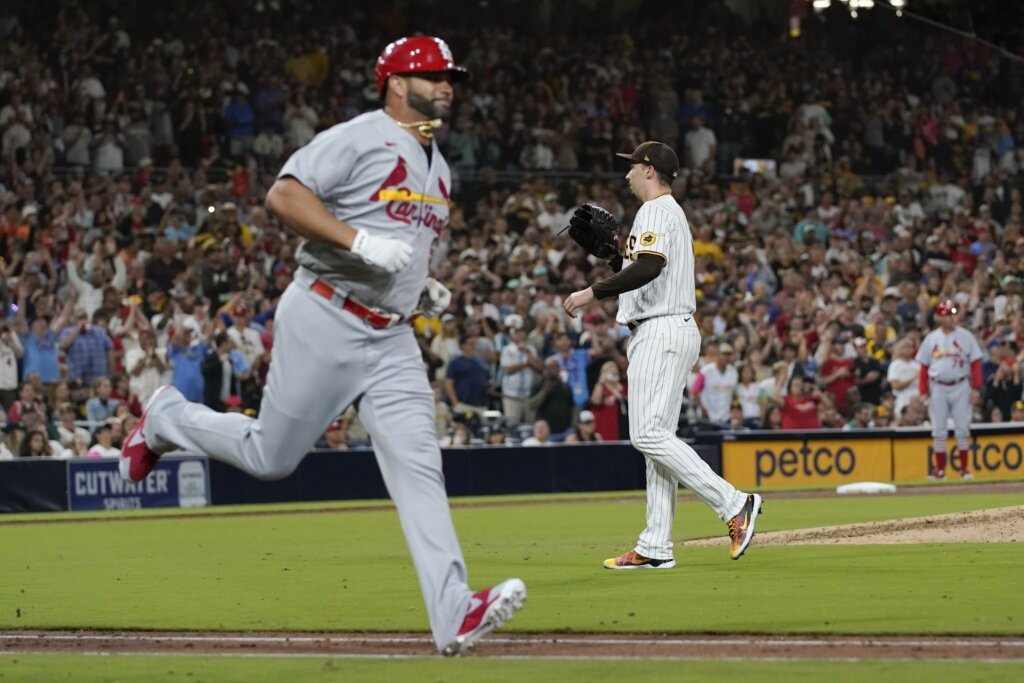 Snell (8-9) allowed two hits in seven innings on 117 pitches and struck out 13 to tie his career high. The left-hander’s brilliant effort carried the Padres to their fifth straight win and extended the rotation’s scoreless streak to 27 2/3 innings.

The Padres have shut out the Cardinals in the first two games of the three-game series, keeping Pujols at 698 career homers.

San Diego stayed 1 1/2 games ahead of Philadelphia for the NL’s second wild-card spot.

The left-handed Snell had shut down Pujols and the Cardinals into the seventh, retiring the slugger twice and issuing just two walks. But with the Padres shifting the right-handed Pujols, the 42-year-old slugger drove a ball through the wide-open right side of the infield for an easy hit on a 3-1 pitch, Snell’s 107th of the game.

Juan Yepez followed with a single before Snell struck out Paul DeJong to tie his career-high of 13.

Josh Hader pitched a perfect ninth for his 34th save.

The Padres took a 1-0 lead when Austin Nola singled in Kim Ha-seong with two outs in the second against Miles Mikolas. Josh Bell was thrown out earlier in the inning trying to score on a grounder to shortstop.

San Diego’s Juan Soto walked leading off the eighth, becoming the first player since 1906 to walk 500 times before turning 24.