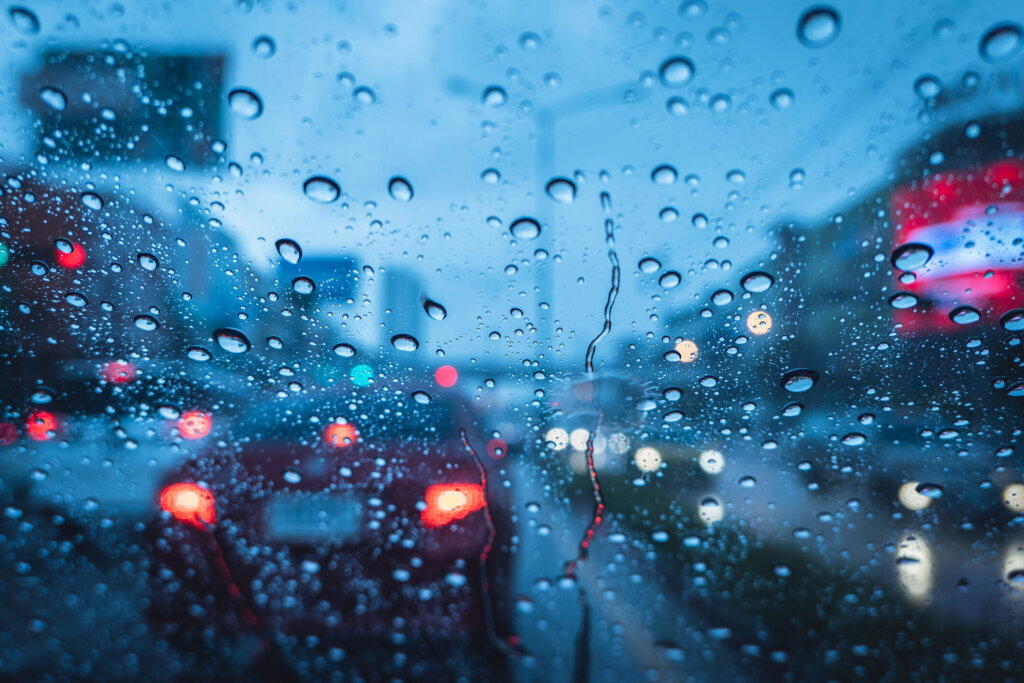 A cold and rainy day in D.C. and nearby areas on Wednesday, but some places like Frederick County, Maryland, are expecting snowfall and are under a winter weather advisory.

Commuters heading into work should plan to take it slow on this wet Wednesday, but snow isn’t expected to impact most of the D.C. region.

A storm is forecast to bring wet snow, turning to rain, into areas north and west of D.C., such as in Frederick County in Maryland.

The storm, however, isn’t expected to bring snow to the D.C. area as temperatures will be above freezing. Wednesday is forecast to be cold and rainy with precipitation beginning later in the morning, StormTeam4 meteorologist Doug Kammerer told WTOP.

But north of D.C., Frederick County is under a winter weather advisory from 7 a.m. to 4 p.m. and should see snow and sleet, turning to rain around 1 p.m., according to the National Weather Service.

Wintry weather is expected for areas primarily along and west of the Blue Ridge Wednesday morning. Take it slow if traveling. For the latest forecast: https://t.co/ZOlvEShgSf pic.twitter.com/X3iNGiQLeg

Higher in elevation, the Catoctin Mountains in Frederick County could see total snow and sleet accumulations of 1 to 3 inches, the National Weather Service said. Ice accumulation could measure up to a tenth of an inch in the mountains.

Kammerer told WTOP that the freezing conditions along and west of the Blue Ridge merit the roadway preparations.

“I do think however, up to the north into West Virginia and parts of Western Maryland, pretreatment is definitely going to help,” he said.

In addition to Frederick County, Garrett County is also under a winter weather advisory from 5 a.m. to 7 p.m. Wednesday. So are portions of northwest and western Virginia, as well as eastern and panhandle West Virginia from 5 a.m. to 4 p.m.

As a result of the stormy forecast, Jefferson County public schools in West Virginia are closed for the day.

Virginia’s Blue Ridge region is under an advisory from 5 a.m. to 4 p.m. with a wintry mix forecast to fall between 7 to 10 a.m.

The National Weather Service sounded a note of caution while traveling in areas where it issued a winter weather advisory, saying drivers should slow down and travel with caution. The service also said anyone going outdoors should “watch your first few steps taken on steps, sidewalks, and driveways, which could be icy and slippery, increasing your risk of a fall and injury.”

Temperatures Wednesday night will stay above freezing — which should spare anyone impacted by the snow from driving on icy roads Thursday morning.