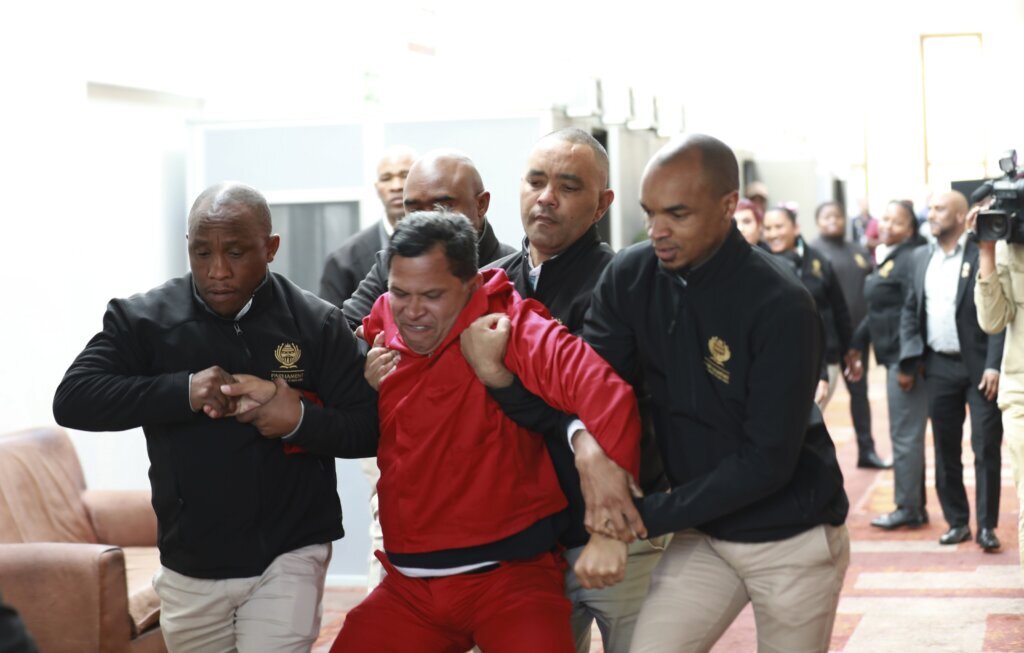 JOHANNESBURG (AP) — South African President Cyril Ramaphosa faced a grilling by lawmakers in Parliament on Tuesday as they demanded answers on his handling of the theft of millions of dollars from his farm.

Ramaphosa faced loud heckling from opposition members who called for him to answer questions about the theft at his Phala Phala farm in Limpopo province. The parliamentary session was adjourned before he answered all questions on the matter.

The president is being investigated over allegations that he was holding foreign currency at his farm that had not been properly declared to financial officials. This has raised suspicion that Ramaphosa did not report the theft because the cash was being held illegally.

When questioned in Parliament about the allegations, Ramaphosa said he had been advised that he should not make any public statements about the matter until investigations have been concluded.

“I have responded, and will continue to respond, to all the questions that have been put to me by the relevant authorities with regards to the theft at my farm,” said Ramaphosa.

“It is important for me that due process is followed, including the process that is going to unfold in Parliament,” he said.

However, some opposition lawmakers insisted that Ramaphosa was obliged to answer questions on the matter as he has not been formally charged and the issue is not before a court of law.

At least three members of the leftist opposition party, Economic Freedom Fighters, were physically ejected from the chambers for shouting and disrupting order.

Parliament has agreed to form an independent panel of experts to look into the allegations against Ramaphosa regarding the money at his Phala Phala farm. The report will be referred to parliament’s intelligence committee.

The allegations against Ramaphosa come as he will be seeking re-election as leader of the ruling African National Congress party in December. He must be the party’s leader in order to stand as its presidential candidate to be reelected as South African president in the 2024 general elections.

The allegations are a blow to Ramaphosa’s carefully crafted image as a corruption-buster. He campaigned on promises to clean up South Africa’s rampant corruption in 2019 when he was elected president.

Not only is Ramaphosa confronted by heated criticism from opposition parties, he also has detractors within his African National Congress party. A large number of ANC officials and even Cabinet members are loyal to his predecessor, former President Jacob Zuma, despite the corruption charges against the ex-leader. They have called for Ramaphosa to step down until he is cleared of any wrongdoing in what is called the Phala Phala scandal.