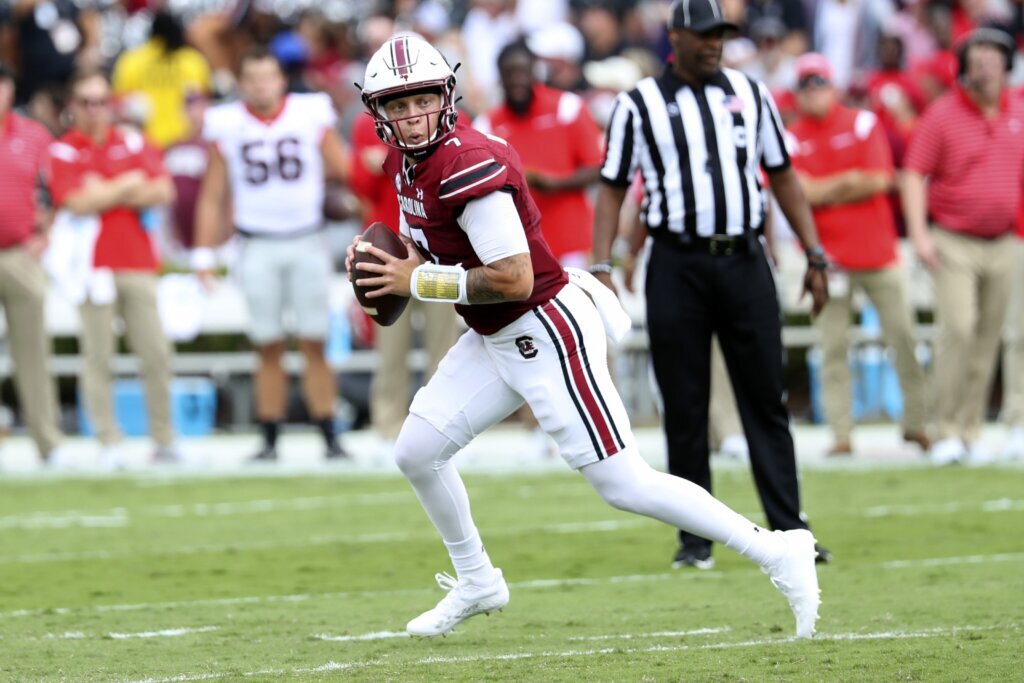 Line: South Carolina by 22 1/2, according to FanDuel Sportsbook.

A chance for South Carolina to regroup and find some rhythm after losing its first two Southeastern Conference games to Arkansas and Georgia by a combined score of 92-37 the past two weeks. Charlotte of Conference USA looks for its first win over an SEC team in its third try.

South Carolina QB Spencer Rattler vs. Charlotte pass defense. Rattler has had his ups and downs in his first Gamecock season since transferring from Oklahoma. He’s thrown for 721 yards, but is completing less than 60% of his throws with five interceptions. The 49ers, though, are last in Conference USA, allowing 320 yards passing per game this season. If there’s a team for Rattler and Gamecock receivers to find their footing, this could be it.

Charlotte: WR Grant Dubose leads Conference USA with five TD catches and 314 yards in receptions. His 25 catches rank second in the conference as the dynamic, 6-foot-3 junior has been a key playmaker for the 49ers.

South Carolina: S Nick Emmanwori has been a bright spot for a team ranked 113th nationally in total defense. The freshman leads the Gamecocks with 28 tackles, which is fourth in the SEC. Emmanwori’s play has bolstered a group where five starters were out last week in the Georgia loss and three of those are questionable for Charlotte.

The schools are separated by 107 miles down Interstate 77. … South Carolina is paying $1.4 million to Charlotte to visit Williams-Brice Stadium. … Charlotte QB Chris Reynolds had his sixth game-winning drive of his career last week in the 42-41 win at Georgia State. … Charlotte is 1-7 all-time against Power Five teams. The victory came at Duke, 31-28, last season. … South Carolina is 11-0-1 against teams currently in Conference USA. … There was not a sack recorded last week in Georgia’s 48-7 win at South Carolina by either team. The last time the Gamecocks were involved in a sack-less contest was in 2014, a 42-35 loss at Auburn.

Italy U21 0 England U21 2: Conor Gallagher has hand in both goals as Rhian Brewster double downs 10-man Italians

‘Impunity is being facilitated in UNSC’: India takes a veiled dig at China