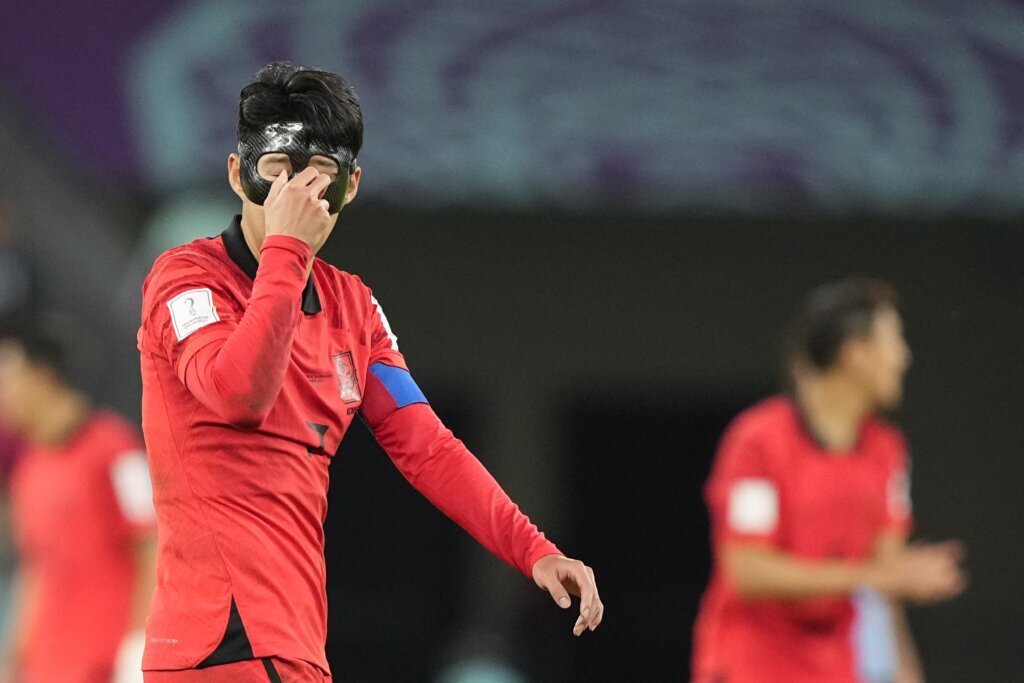 AL RAYYAN, Qatar (AP) — Another favored team has failed to impress in the early stages of the World Cup.…

AL RAYYAN, Qatar (AP) — Another favored team has failed to impress in the early stages of the World Cup.

This time it was South Korea holding South American power Uruguay to a 0-0 draw on Thursday, a result that probably favors the Asian team.

The draw at Education City Stadium was yet another early World Cup match with a surprising result. Argentina and Germany both lost their opening matches in major upsets.

South Korea, with forward Son Heung-min wearing a mask to protect a broken left eye socket, always looked the more likely to score against the more experienced Uruguayans. The South Koreans were quicker, pressing from the opening whistle.

However, in a match with few clear scoring chances, Uruguay had the best chances: Diego Godin hit the post with a header in the 43rd minute and Federico Valverde hit it in the 89th.

Uruguay will next face Portugal in Group H while South Korea plays Ghana.

South Korea attacked from the start and Son excited the crowd every time he touched the ball. He managed only one threatening attack in the first half, however, and did less in the second.

South Korea always looked quicker than Uruguay, but not necessarily the more dangerous. The team’s best chance came in the 34th minute when Hwang Ui-jo sailed a close-range attempt over the crossbar.

As the half wore on, Uruguay began to take more possession but always seemed more cautious, taking less initiative despite having the more experienced players.

Son went down in a heap early in the second half with Martin Caceres getting the first yellow card of the match.

Uruguay coach Diego Alonso sent in Edinson Cavani for Luis Suarez in 64th minute as the pace of the match slowed until Valverde hit the post in the final minutes.

Who is Kevin Burkhardt? FOX Sports NFL commentator who took over from Joe Buck