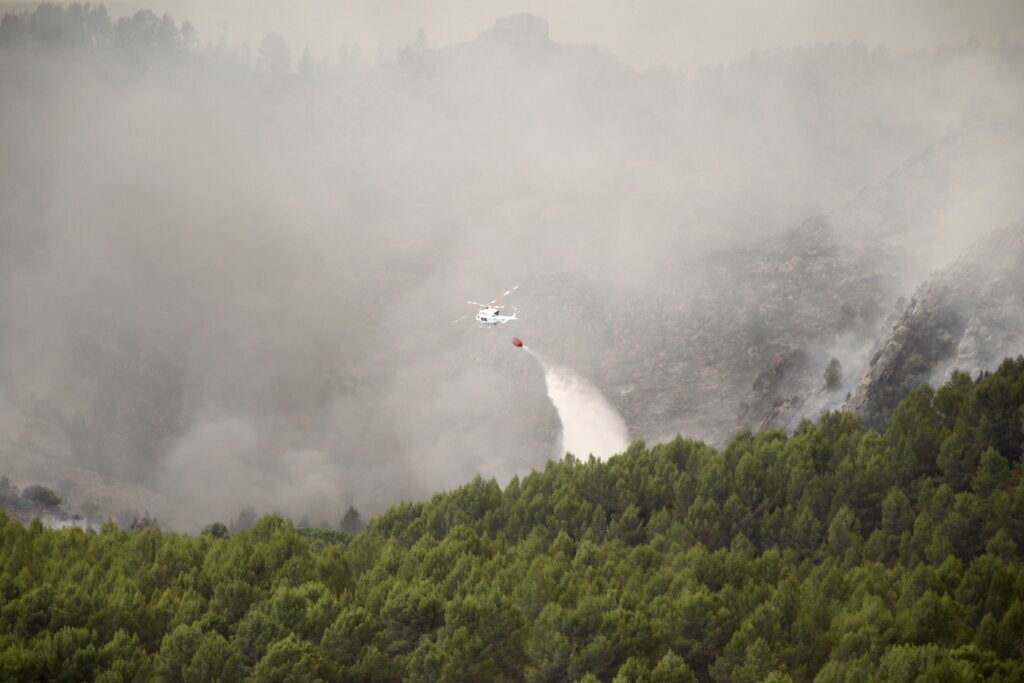 MADRID (AP) — An approaching wildfire in eastern Spain caused a train driver to stop and prepare to change directions to avoid the flames, and several passengers were injured when they got off rather than wait, authorities said.

The train was traveling in the Valencia region on Tuesday night when the driver decided to reverse course because of the wildfire advancing from around the town of Bejís, further east.

Some passengers got off the train when it stopped in the countryside, including ones who broke windows to escape, officials said. Ten people were injured, Spanish state news agency Efe reported.

The government of Castellón province on Wednesday tweeted a video of firefighters running for their lives as towering flames from the Bejís fire roared behind them.

The wildfire is one of two still raging out of control in Spain. South of Valencia city, a bigger fire around the Val d’Ebo area has forced more than 1,500 people to evacuate towns and villages since the weekend.

In neighboring Portugal, authorities said they hoped to bring under control a wildfire that has burned for 12 days and scorched large swaths of pine forest in the Serra da Estrela Natural Park.

However, officials warned a new wave forecast for the area could complicate the task.

Smoke from the Portugal fire reached Spain’s capital, Madrid, about 400 kilometers (240 miles) to the east, on Tuesday.

Follow all AP stories on climate change and the environment at https://apnews.com/hub/climate-and-environment