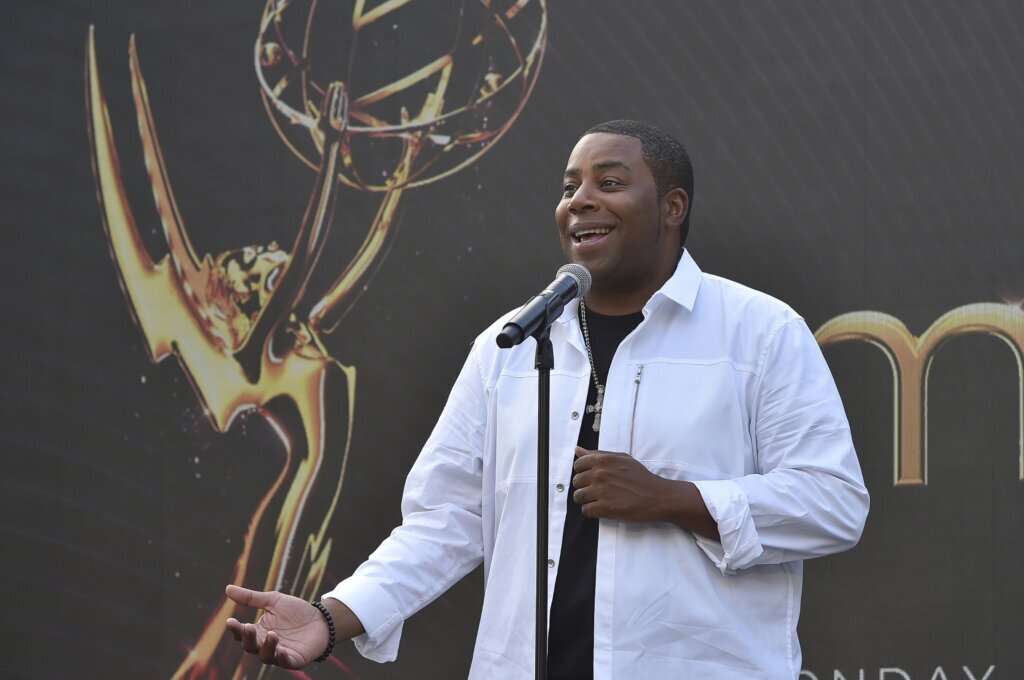 LOS ANGELES (AP) — Emmy Awards host Kenan Thompson and the ceremony’s producers are promising a feel-good event — a phrase not applicable to several of the top nominated shows.

“They had a ball. They had a party. They celebrated themselves,” Stewart said, recalling a comment made by actor Sophia Bush at the evening’s end: “Oh, my God, I actually had fun at the Emmys.”

The tables will be back and again reserved for nominees — and their “significants,” Stewart said — but there will be some 3,000 other guests seated traditionally in the temporarily reconfigured 7,000-seat Microsoft Theater in downtown Los Angeles.

“When the nominees are having a great time that translates on screen,” Hudlin said, citing the “passionate, touching” speeches delivered by winners.

Thompson, the veteran “Saturday Night Live” cast member taking his first turn as Emmys host, said he wants to enjoy the ceremony and make sure others do.

“This should be a night of appreciating artistry and creativity and removing the stress of it all out. I get it — it sucks to lose, and everybody’s picking outfits and trying to do the red carpet thing,” Thompson said. “But at the same time, it’s an awesome thing to be in the room on Emmys night, and I don’t want that to get lost in the stress.”

He doesn’t expect anything mirroring the Will Smith-Chris Rock confrontation that cast a shadow over the Oscars earlier this year, Thompson said.

Although HBO’s “Succession,” which won the best drama series award in 2020, and “Ted Lasso” from Apple TV+ are considered the frontrunners for top series honors, there’s potential for surprises. Netflix’s “Squid Game,” a global sensation, would be the first non-English language drama series to win an Emmy.

On the comedy side, ABC’s acclaimed newcomer “Abbott Elementary” could become the first broadcast show to win the best comedy award since the network’s “Modern Family” in 2014. It’s also among the few contenders this year, along with “Squid Game,” to field a substantial number of nominees of color.

“The Crown,” last year’s big winner, wasn’t in the running this time because it sat out the Emmys eligibility period. The dramatized account of Queen Elizabeth’s reign and family life will return for its fifth season in November, as Britain mourns the loss of its longest-serving monarch who died Thursday at age 96.

For more on this year’s Emmy Awards, visit: www.apnews.com/EmmyAwards