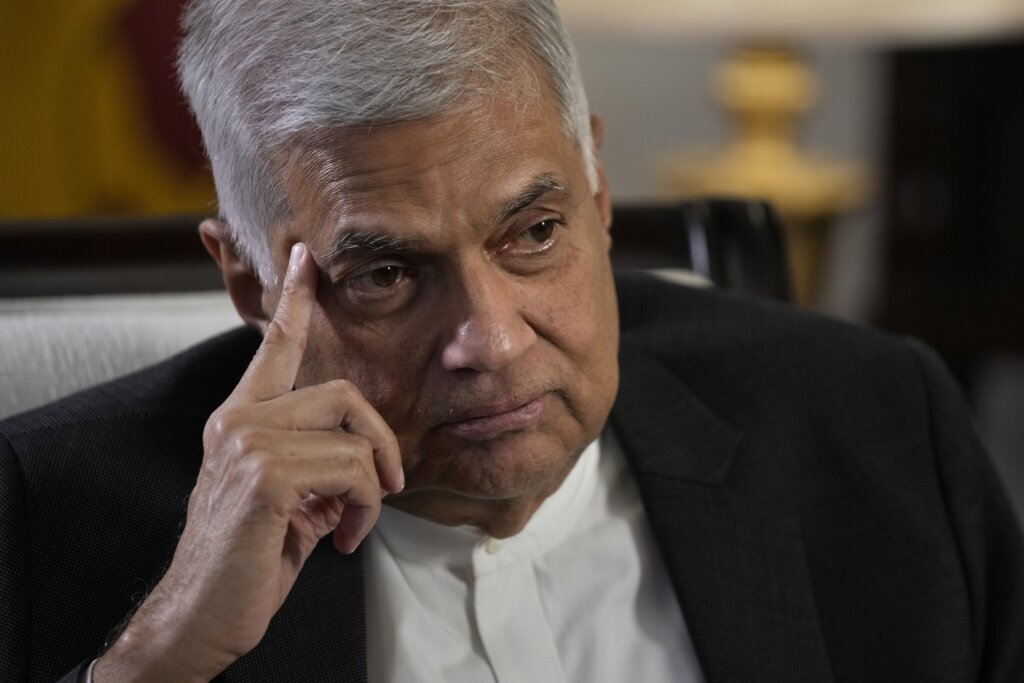 COLOMBO, Sri Lanka (AP) — Sri Lanka’s negotiations with the International Monetary Fund are more complex and difficult than in…

COLOMBO, Sri Lanka (AP) — Sri Lanka’s negotiations with the International Monetary Fund are more complex and difficult than in the past because it is a bankrupt nation, the country’s prime minister said Tuesday.

Prime Minister Ranil Wickremesinghe told lawmakers that recent discussions with a visiting IMF mission were fruitful but not as straightforward as in the past.

“Our country has held talks with the IMF on many occasions before. But this time the situation is different from all those previous occasions. In the past, we have held discussions as a developing country,” Wickremesinghe said.

“But now the situation is different. We are now participating in the negotiations as a bankrupt country. Therefore, we have to face a more difficult and complicated situation,” he said in explaining a roadmap for recovery from Sri Lanka’s worst economic crisis in memory.

The crisis has resulted in acute shortages of essentials, food, fuel, cooking gas and medicines forcing people to stay in long lines to buy the limited supplies. The government has shut schools and asked employees other than those in essential services to work from home.

Wickremesinghe said earlier that a preliminary agreement has been submitted to the IMF’s board of directors for approval. “But due to the state of bankruptcy our country is in, we have to submit a plan on our debt sustainability to them separately. Only when they are satisfied with that plan can we reach an agreement at the staff level. This is not a straight-forward process,” said Wickremesinghe.

He said Sri Lanka’s financial legal advisors are working on a debt sustainability report to be submitted in August.

Discussions are underway with India, Japan and China to form an aid consortium once a staff-level agreement with the IMF is reached, Wickremesinghe said.

Sri Lanka suspended repayment on foreign debts worth about $7 billion that were due this year because its foreign exchange levels fell to record lows. The country’s total foreign debt is $51 billion, $28 billion of which must be repaid by 2027, an average repayment of about $5 billion a year.

Frustrated people have been holding street protests for months and often scuffle among themselves and with police at fuel stations.

Wickremesinghe said the Central Bank is forecasting an economic contraction of 4% to 5% this year. The IMF estimates Sri Lanka’s economy will shrink 6% to 7%.

Sri Lanka’s economy has been gutted by the pandemic, which compounded longstanding problems of economic mismanagement. It’s GDP fell to $76.2 billion in 2021, down from $94.4 billion in 2018 and won’t recover to the level it was at in 2018 until 2026, Wickremesinghe said. He said one government target was to achieve minus 1% growth by the end of next year.