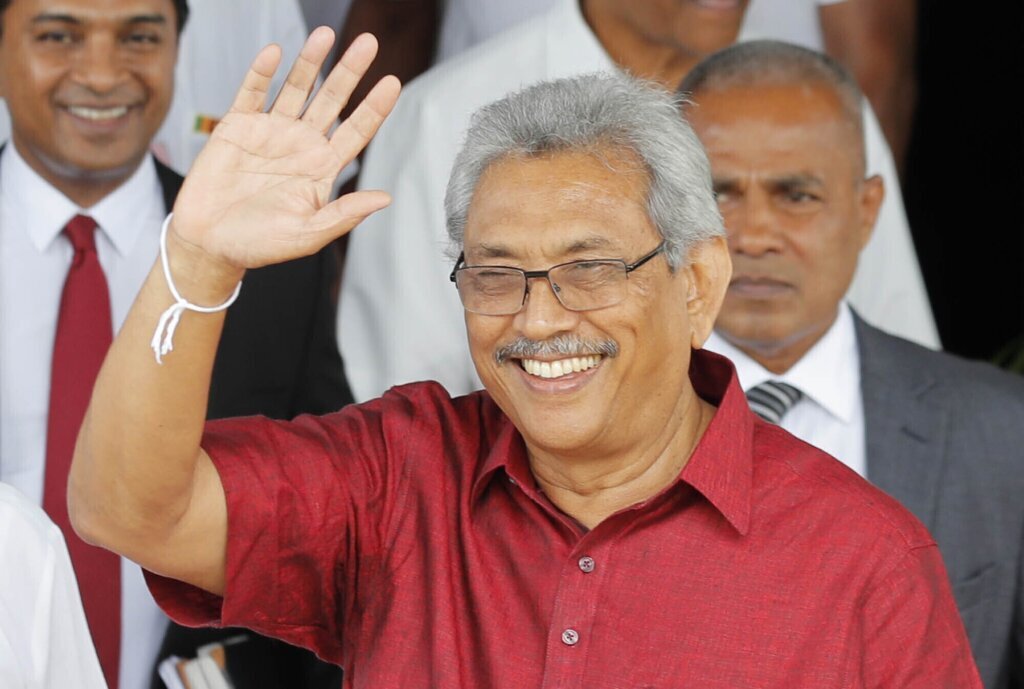 A one-sentence announcement on the website of the Immigration & Checkpoints Authority did not provide his destination, but officials in Thailand on Wednesday said they had been asked by the Sri Lankan government to allow him entry, and that he would be permitted to stay temporarily.

Thai Prime Minister Prayuth Chan-ocha said he was aware of Rajapaksa’s intended visit and that it was allowed for humanitarian reasons because the former president was seeking asylum in a third country. He did not elaborate.

Rajapaksa has made no public comments about his travel plans. After fleeing Sri Lanka last month, he first went to neighboring Maldives in a Sri Lankan military plane and then to Singapore. He submitted his resignation only after he left Sri Lanka.

Protesters who had occupied official offices and residences in Sri Lanka’s capital, Colombo, blame mismanagement and corruption by the Rajapaksa family for the economic crisis that has led to serious shortages of essentials such as medicines, food and fuel. The island nation is negotiating with the International Monetary Fund for a bailout program.

Thai Foreign Ministry spokesperson Tanee Sangrat said Wednesday that Rajapaksa’s “stay is temporary in nature with the aim of onward travel. No political asylum has been sought.” He declined to say Thursday whether the former president had arrived in Thailand.

In addition to being criticized for mismanaging his country’s economy, Rajapaksa has been accused by human rights groups of involvement with war crimes when he was defense secretary during Sri Lanka’s civil war, which ended in 2009.