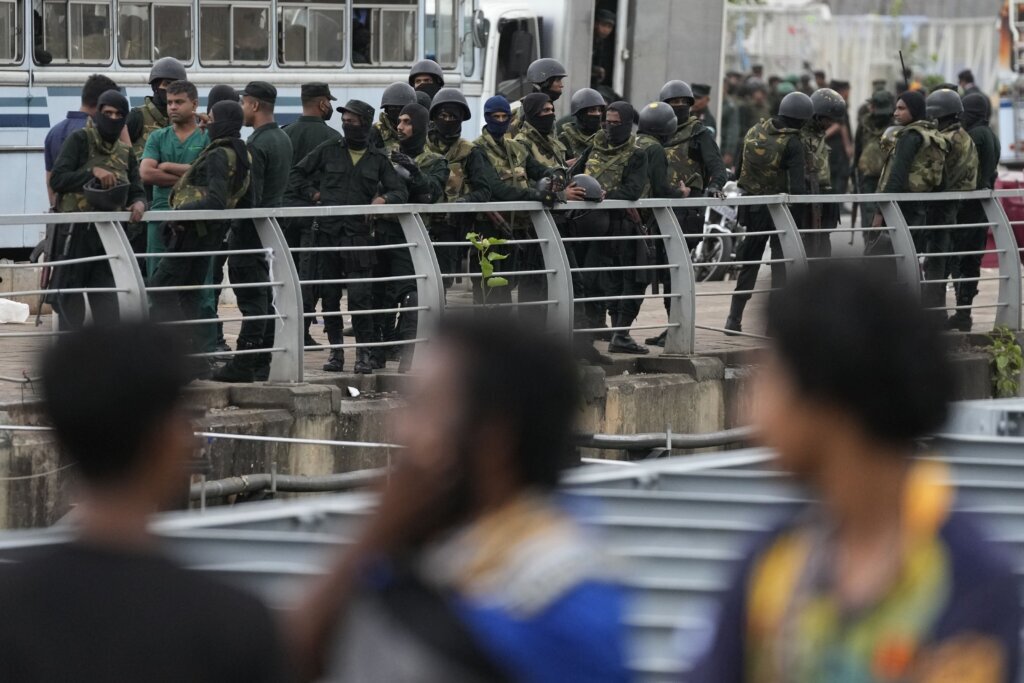 Army and police personnel arrived in trucks and buses around midnight, removing tents and protest banners at the site near the presidential palace in the capital, Colombo, where demonstrators have gathered for the past 104 days. They blocked off roads leading to the site and carried long poles.

The security forces were witnessed beating up at least two journalists. Protesters said on social media that they were beaten up as well, but those alleged incidents couldn’t be verified.

The move against the protesters followed the swearing-in Thursday of new President Ranil Wickremesinghe, who was chosen by lawmakers earlier this week to finish the term of the leader who fled the country after protesters stormed his residence.

The months of protests concentrated on the ousted President Gotabaya Rajapaksa and his family’s political dynasty, but Wickremesinghe has also drawn their ire as a perceived Rajapaksa surrogate and an example of the country’s problematic political establishment.

Sri Lanka’s economic chaos has left the nation’s 22 million people struggling with shortages of essentials, including medicine, fuel and food.

On Monday, in his role as acting president, Wickremesinghe declared a state of emergency that gave him broad authority to act in the interest of public security and order. Authorities have broad power to search premises and detain people, and Wickremesinghe can change or suspend any law.

Wickremesinghe, 73, has wide experience in diplomatic and international affairs and has been overseeing bailout talks with the International Monetary Fund. He said Monday those discussions were near a conclusion and talks on help from other countries had also progressed. He also said the government has taken steps to resolve shortages of fuel and cooking gas.