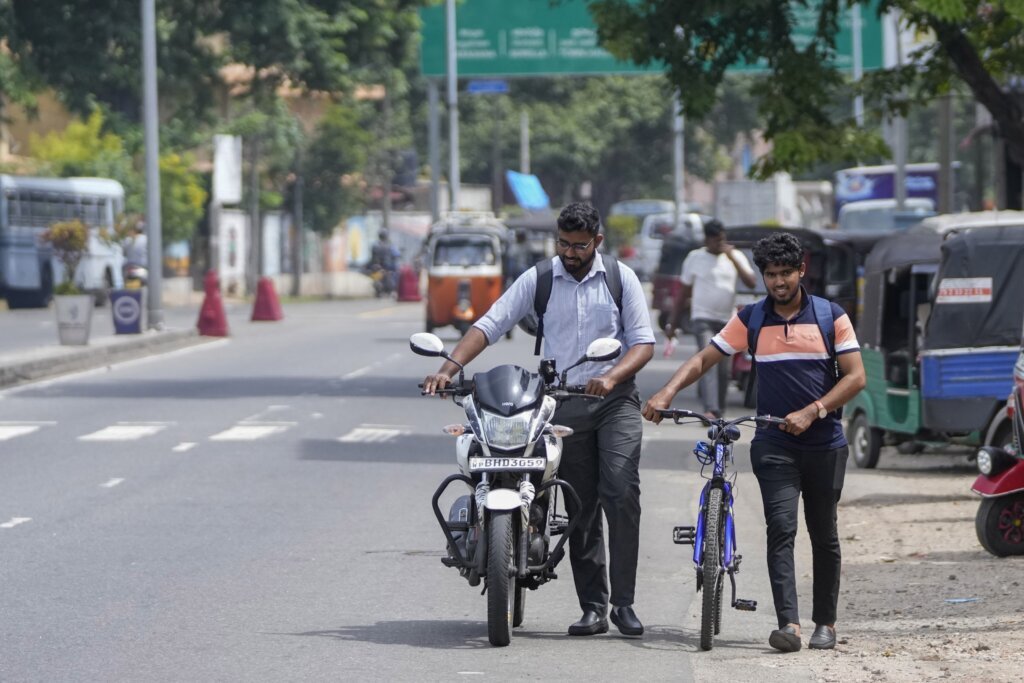 COLOMBO, Sri Lanka (AP) — Sri Lanka’s Central Bank has raised its key interest rates to 14.50% and 15.50% to try to contain inflation that has added to the country’s economic woes.

Recent price hikes have been a severe blow, especially for the South Asian country’s poor and vulnerable groups as they endure their country’s worst economic crisis in memory, struggling with acute shortages of essentials such as food, fuel, cooking gas and medicines.

The central bank said it had raised its Standing Deposit Facility Rate and Standing Lending Facility Rate that it charges commercial banks by 100 basis points each to 14.50% and 15.50%, respectively.

The bank said it would need to tighten its monetary policy further to fully curb inflation, which rose to nearly 55% in June.

“Our priority is to bring down inflation to at least a reasonable level as soon as possible. The sooner the better,” said the central bank governor, Nandalal Weerasinghe. He said inflation might surge to 70%.

Prices of most essentials have tripled in recent months and the most people are struggling to pay for their basic needs.

About 70% of Sri Lankan households surveyed by UNICEF in May reported cutting back on food consumption. Many families rely on government rice handouts and charitable donations.

The central bank said Sri Lanka’s economy is estimated to have contracted 1.6% from a year earlier in the first half of 2022. Shortages of fuel and electricity have crimped economic activity in recent months.

Due to the acute fuel shortages, Sri Lanka has kept schools shut for weeks, while the government has asked state employees other than those in essential services to work from home.