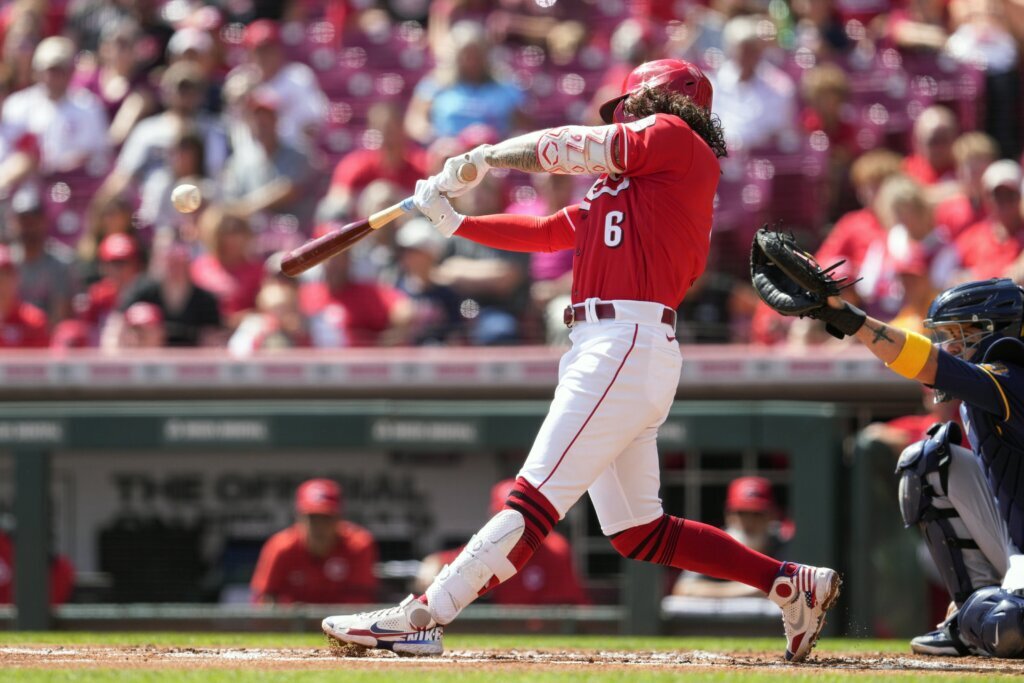 It was the final road game for the Brewers, who dropped to one and a half games behind the Phillies for the final NL wild card playoff spot. Milwaukee finishes the season at home, and would lose any head-to-head tiebreakers with the Phillies or Padres because they lost the season series with both of them.

Hunter Renfroe homered for the Brewers, who were unable to complete their first four-game sweep of the Reds since 2003. Renfroe who tied a career high with four hits including two homers and a season-high five RBI on Saturday, homered on the first pitch leading off the second inning to put the Brewers ahead 1-0.

The Brewers were denied what could have been a two-run single by Tyrone Taylor in the second when the ball struck Keston Hiura between second and third for the final out.

Cincinnati tied the score 1-1 in the fourth when Ashby hit Austin Romine with the bases loaded — one of two hit batters for Ashby.

Milwaukee’s lone run and all of their hits against Reds starter Nick Lodolo came in the second inning.

Steer’s solo home run leading off the eighth was his second homer of the season, first since his major-league debut on Sept. 2.

Brewers: RHP Luis Perdomo was placed on the 15-day injured list, retroactive to Sept. 24, with a right calf strain.

Reds: OF Jake Fraley and INF Donovan Solano are dealing with an eye infection. It is uncertain whether they will travel to Pittsburgh where the Reds begin a series on Monday.

Brewers: Conclude the regular season with a nine-game homestand against St. Louis, Miami and Arizona. It begins Tuesday, when RHP Adrian Houser (6-9, 4.62) will start the opener of a two-game series against the Cardinals.

Reds: RHP Chase Anderson (2-3, 5.21) will start the opener of a three-game series at Pittsburgh on Monday.