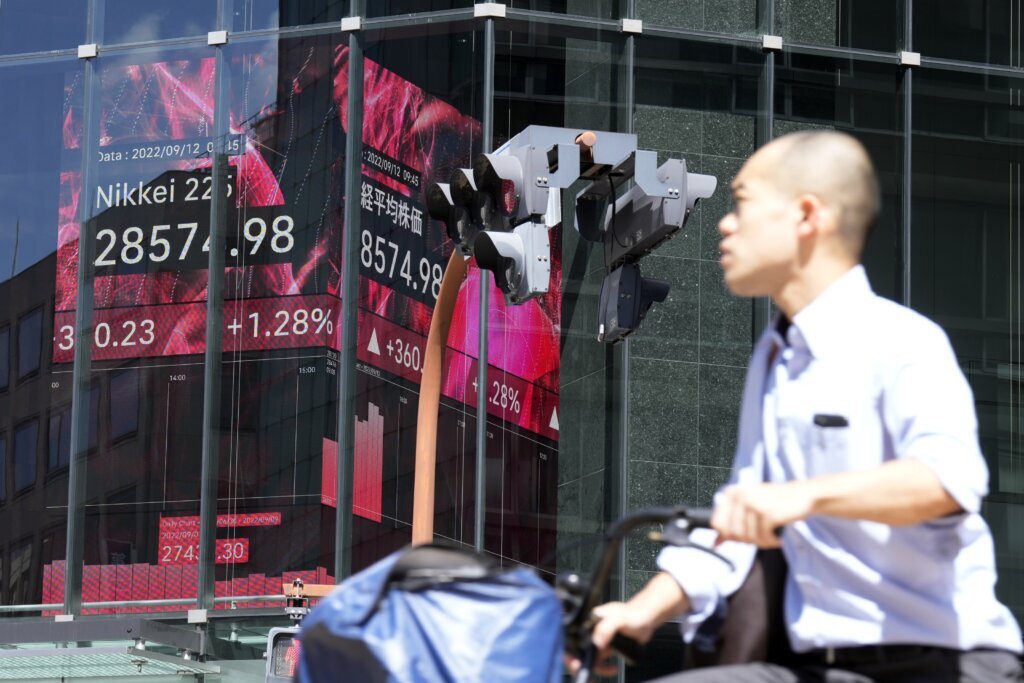 Markets in Europe also rose, while markets in Shanghai, Hong Kong and Seoul were closed for holidays.

Bond yields mostly fell. The yield on the 10-year Treasury, which influences interest rates on mortgages and other loans, slipped to 3.28 from 3.32% late Friday. The two-year Treasury yield, which tends to track expectations for actions by the Federal Reserve, fell to 3.54% from 3.56%.

Investors face a busy week of inflation updates as they continue to closely watch how consumers and businesses cope with the worst inflation in four decades. The main focus is on the Federal Reserve, which has been raising interest rates in an effort to tame inflation. Wall Street is concerned that the central bank could hit the brakes too hard on the economy and throw it into a recession.

The concerns have created a volatile market over the past few months. Investors are hoping that any sign of easing inflation might signal to the Fed that it can also ease up on rate hikes. It has already raised rates four times this year and markets expect it to deliver another jumbo-sized increase of three-quarters of a percentage point at its meeting next week.

Fed officials, including Chair Jerome Powell, have all reaffirmed the central bank’s determination in raising rates until inflation is under control.

The most important inflation report this week comes on Tuesday and the government is expected to report that price increases slowed in August compared with a year ago, largely because of a steady drop in the cost of gas. Prices for other items, particularly food, are likely to keep rising quickly. Overall, economists forecast consumer prices rose 8.1% in August, compared with a year ago, down from 8.5% in July, according to data provider FactSet.

On Wednesday, the government will release its report on wholesale prices, giving Wall Street a picture of how inflation impacted businesses in August.

Investors will get more details Thursday on how consumers are reacting to high prices when the government releases a report on retail sales for August.

Football sign-up bonus: Get TRIPLE your winnings up to £300 on Chelsea vs Salzburg with BetVictor