Storms blamed in deaths of 2 children in Michigan, Arkansas 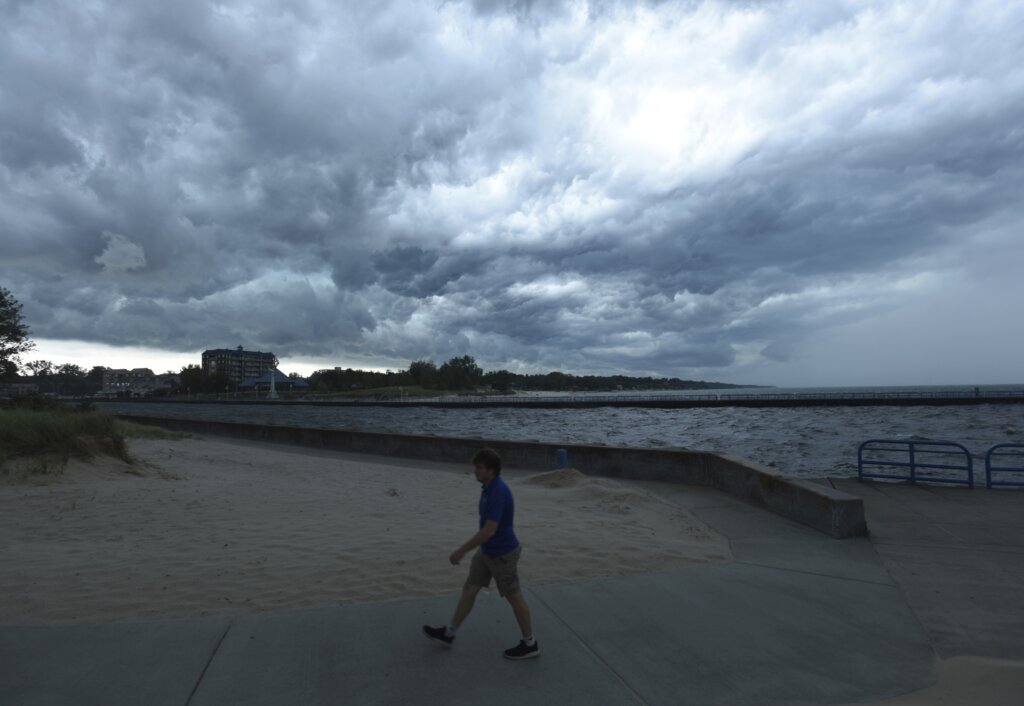 MONROE, Mich. (AP) — Severe storms that brought damaging winds, heavy rains and flash flooding to parts of the Midwest and the South are being blamed for the deaths of two children in Michigan and Arkansas.

Monday’s storms also knocked out electrical service to hundreds of thousands of homes and businesses in Michigan and Indiana.

In the Michigan city of Monroe, a 14-year-old girl was electrocuted Monday night in the backyard of her home after coming into contact with an electrical line that was knocked down by a thunderstorm, the public safety department said in a Facebook post.

The girl was with a friend and she reached for what she believed was a stick, but it turned out to be the power line, the department said.

In Arkansas, an 11-year-old boy died after he was swept into a storm drain during heavy rainfall Monday, authorities said.

A 47-year-old woman who tried to help the child was also pulled from the drain and taken to a hospital for treatment, according to police in Bentonville. Slow-moving thunderstorms brought heavy rainfall to the area Monday and caused localized flash flooding, the National Weather Service said.

On Monday night, Mississippi Gov. Tate Reeves said that he was declaring a state of emergency after excessive rainfall exacerbated problems in one of Jackson’s water-treatment plants and caused low water pressure through much of the capital city. A swollen Pearl River caused flooding in Jackson on Monday, days after storms dumped heavy rain.

The Mississippi flooding was less severe than flooding that caused death and destruction in Kentucky last month. Those floods left at least 39 dead and robbed thousands of families of all of their possessions. Nearly a month later, residents are wrestling with whether to rebuild at the place they call home or to start over somewhere else.