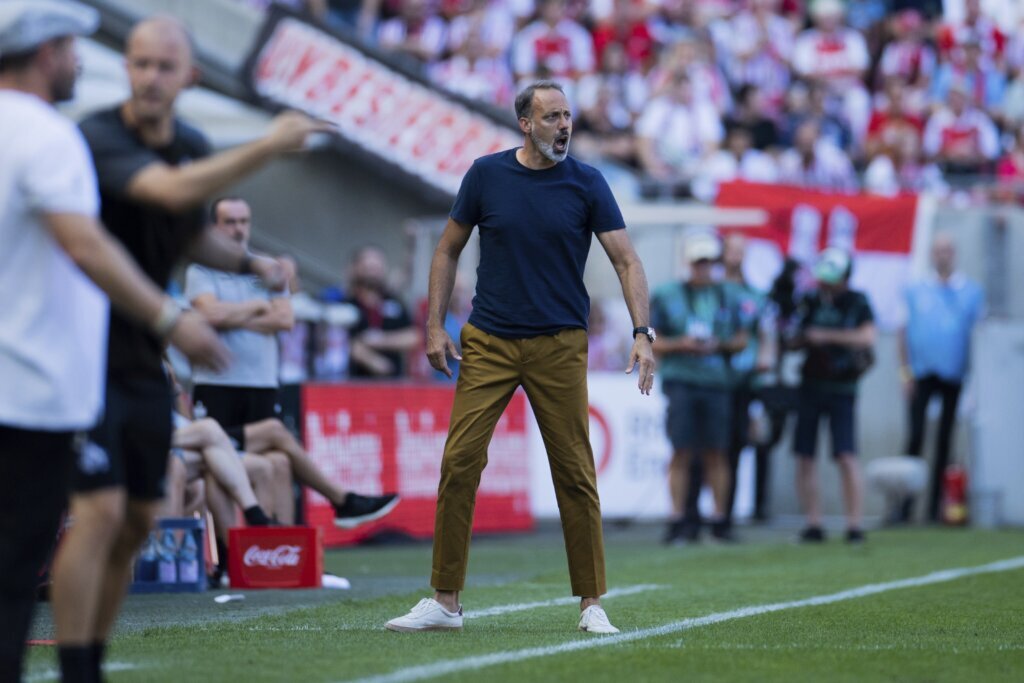 BERLIN (AP) — Stuttgart’s winless start to the Bundesliga season continued but it did manage a 0-0 draw at unbeaten Cologne on Sunday despite playing most of the second half with 10 men.

Stuttgart forward Luca Pfeiffer was sent off in the 56th minute for a terrible tackle on Timo Hübers. American coach Pellegrino Matarazzo, who had been incensed by his player’s dismissal, was later also sent to the stands following two yellow cards.

It was Cologne’s third straight draw after starting the season with a win over Schalke. Stuttgart has three draws and a loss from its opening four matches.

Stuttgart dominated from the start in Cologne and Silas had two golden opportunities. He saw one denied by a flying save from Marvin Schwäbe and the goalkeeper managed to stick out a leg to clear the second after the forward had been sent through one-on-one by a delightful ball over the top from Chris Führich.

However, it needed a goal-line clearance from Stuttgart defender Konstantinos Mavropanos to prevent Julian Chabot’s header from giving Cologne the lead on the stroke of halftime.

And Stuttgart’s good work appeared to have become undone when Pfeiffer was shown a straight red card for a dangerous tackle on Hübers 11 minutes after the restart. Despite the numerical disadvantage, Stuttgart continued to create chances.

Stuttgart goalkeeper Florian Müller had been given little to do all match but he proved invaluable in stoppage time with a magnificent save to keep out a 20-yard screamer from Jan Thielmann.