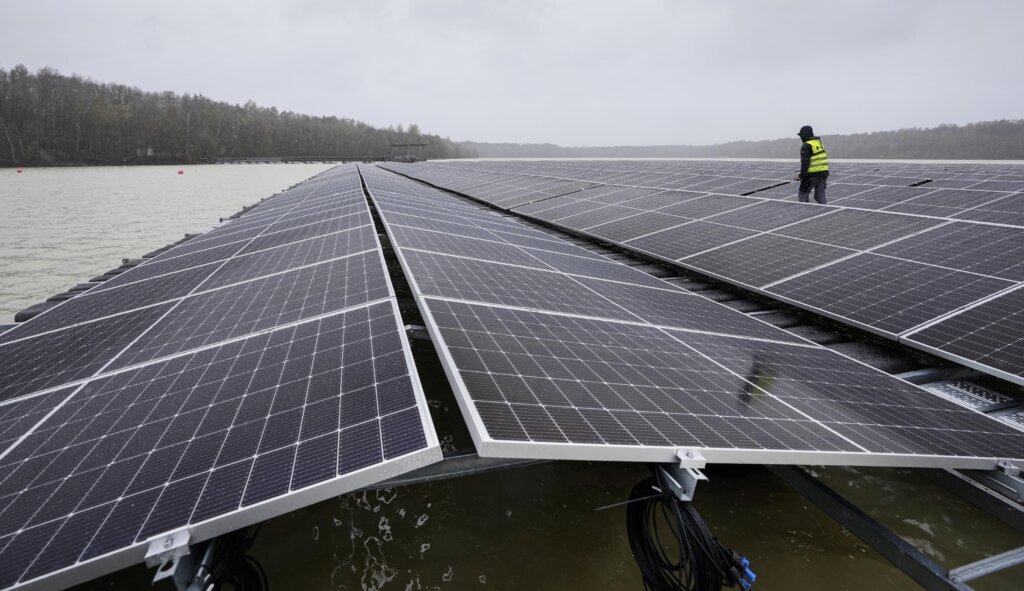 BERLIN (AP) — Long periods of sunshine took solar power generation in Europe to a record high this summer, helping reduce the need for gas imports, according to a report Thursday.

Energy think tank Ember said the European Union generated 12% of its electricity from solar power from May to August, up from 9% during the same period last year.

Electricity generated from photovoltaic installations narrowly topped the share provided from wind or hydropower, while coming in just below that produced from burning coal.

Ember said that without the 99.4 terrawatt hours of electricity provided by solar, the EU would have had to buy 20 billion cubic meters of gas, costing about 29 billion euros (nearly $29 billion) during the four-month period.

The Netherlands and Germany, not known for their sunny climates, had the highest share of electricity from solar, followed by Spain.

“The solar records set this summer helped keep the lights on and reduced the EU’s now critical gas consumption, providing short-term relief to the soaring cost of energy,” its authors said.

With Europe trying to wean itself off Russian gas because of the war in Ukraine, and high fossil fuel prices expected to last for years, they urged governments to ensure solar power use can expand further, including by removing regulatory hurdles.

The authors noted this would also help the EU achieve its climate goal, saying solar power — which provides much less electricity in the winter months — would need to increase up to nine-fold by 2035 for the bloc to meet the emissions targets set in the 2015 Paris accord.