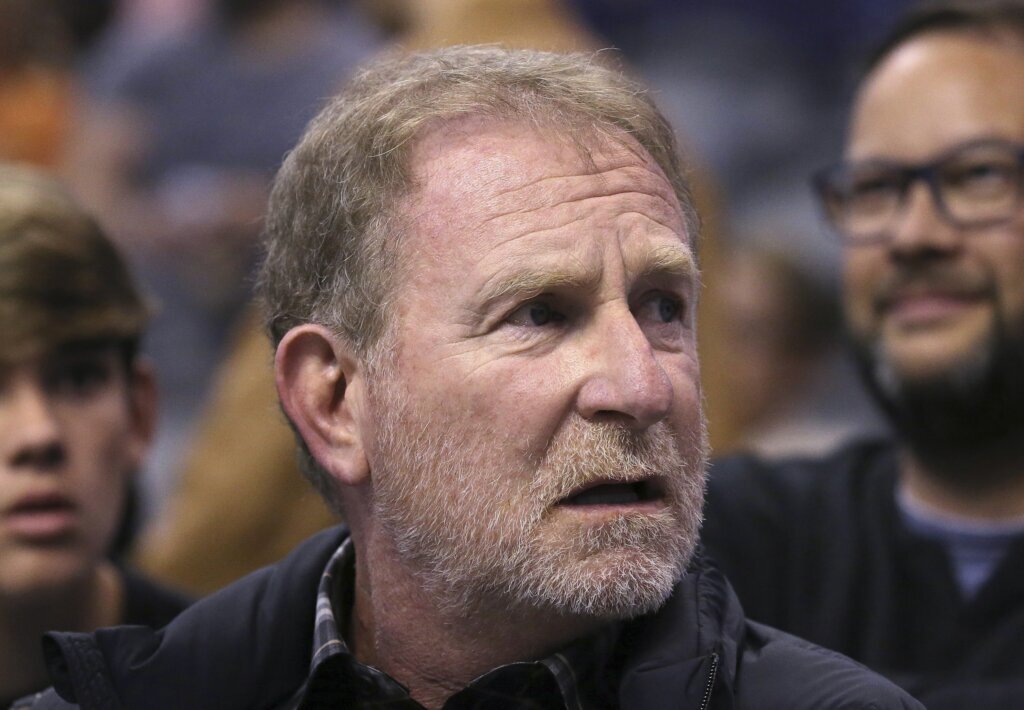 The NBA has suspended Phoenix Suns and Phoenix Mercury owner Robert Sarver for one year, plus fined him $10 million, after an investigation found that he had engaged in what the league called “workplace misconduct and organizational deficiencies.”

NEW YORK (AP) — The NBA has suspended Phoenix Suns and Phoenix Mercury owner Robert Sarver for one year, plus fined him $10 million, after an investigation found that he had engaged in what the league called “workplace misconduct and organizational deficiencies.”

The findings of the league’s report, published Tuesday, came nearly a year after the NBA asked a law firm to investigate allegations that Sarver had a history of racist, misogynistic and hostile incidents over his nearly two-decade tenure overseeing the franchise.

The allegations were reported by ESPN, which said it talked to dozens of current and former team employees for its story, including some who detailed inappropriate behavior by Sarver. He originally denied or disputed most of the allegations through his legal team.

Sarver, the league said, cannot be present at any NBA or WNBA team facility, including any office, arena, or practice facility; attend or participate in any NBA or WNBA event or activity, including games, practices or business partner activity; represent the Suns or Mercury in any public or private capacity; or have any involvement with the business or basketball operations of the Suns or Mercury.

The league said it would donate the $10 million “to organizations that are committed to addressing race and gender-based issues in and outside the workplace.”

“The statements and conduct described in the findings of the independent investigation are troubling and disappointing,” NBA Commissioner Adam Silver said. “We believe the outcome is the right one, taking into account all the facts, circumstances and context brought to light by the comprehensive investigation of this 18-year period and our commitment to upholding proper standards in NBA workplaces.”

Sarver also will have to complete a training program “focused on respect and appropriate conduct in the workplace” during his suspension, the league said.

The league also will require the Suns and Mercury to engage in a series of workplace improvements, including retaining outside firms that will “focus on fostering a diverse, inclusive and respectful workplace.”

Employees of those organizations will be surveyed, anonymously and regularly, to ensure that proper workplace culture is in place. The NBA and WNBA will need to be told immediately of any instances, or even allegations, of significant misconduct by any employees.

All those conditions will be in place for three years.

“Regardless of position, power or intent, we all need to recognize the corrosive and hurtful impact of racially insensitive and demeaning language and behavior,” Silver said. “On behalf of the entire NBA, I apologize to all of those impacted by the misconduct outlined in the investigators’ report. We must do better.”