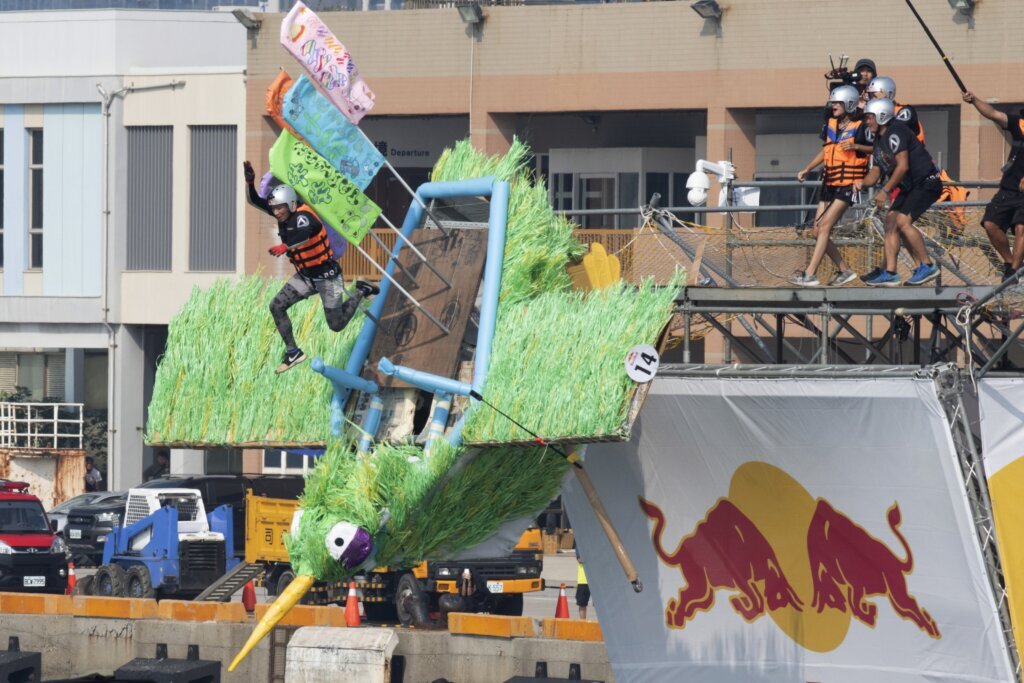 TAICHUNG, Taiwan (AP) — They came with homemade gliders and launched themselves into the harbor from a 6-meter- (20-foot-) high…

TAICHUNG, Taiwan (AP) — They came with homemade gliders and launched themselves into the harbor from a 6-meter- (20-foot-) high ramp. Some just crashed into the water.

It was mostly if not all for fun, as thousands of spectators laughed and cheered on 45 teams competing to see who could go the farthest before falling into the waters of Taichung, a port city in central Taiwan.

It was the first time the Red Bull “Flugtag,” an event held by the energy drink maker at venues around the world, came to Taiwan, a self-governing island of 23 million people that China claims as its territory and says must come under its control.

A magnitude 6.8 earthquake in southern Taiwan was felt during the competition but not strong enough to make anyone flee the venue.

The gliders and their pilots picked up speed from a 6-meter-high runway and flew as best as they could to land the farthest possible in the water. Some just crashed into the water.

“I am the pilot because I am the lightest,” Tina Hsu, a 30-year-old dance teacher and pilot whose team won the competition, said with a laugh. “But everyone dreams of flying, that is why we achieved this together. We stayed up many nights, we calculated a lot and made this with our two hands.”