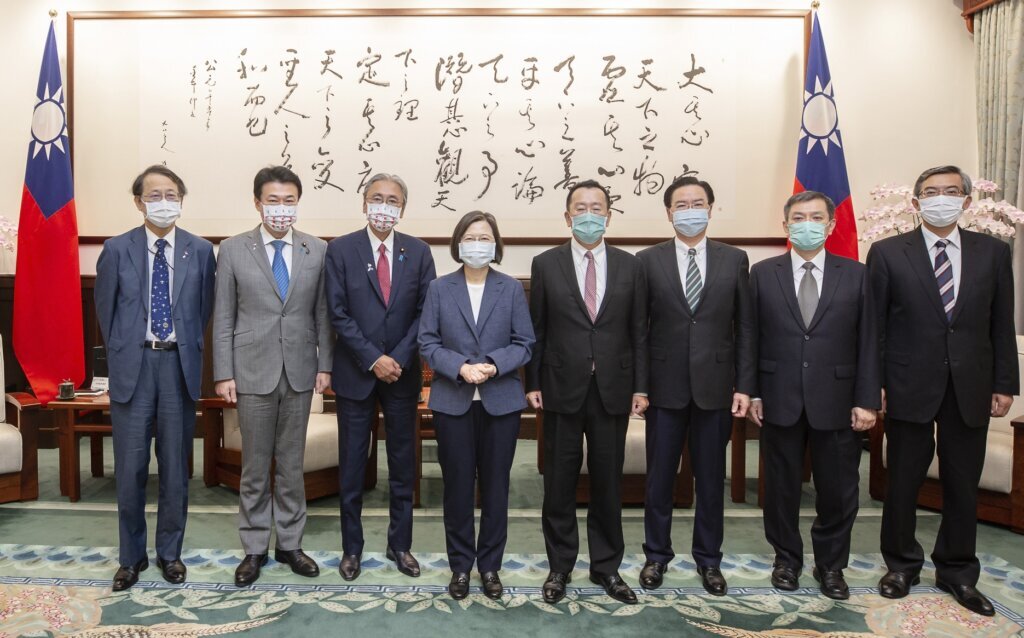 TAIPEI, Taiwan (AP) — Taiwan’s president invoked an armed conflict from 1958 as an example of the island’s resolve to…

TAIPEI, Taiwan (AP) — Taiwan’s president invoked an armed conflict from 1958 as an example of the island’s resolve to defend itself while she met Tuesday with more foreign visitors amid the highest tensions with China in decades.

U.S. policy researchers and Japanese lawmakers are the latest visiting delegations, just weeks after China reacted to U.S. House Speaker Nancy Pelosi’s visit to Taiwan by holding large-scale military exercises that included firing missiles over the island and sending ships across the midline of the Taiwan Strait.

China claims self-ruled Taiwan as its own territory, to be taken by force if necessary, and sees high-level foreign visits to the island as interference in its affairs and de facto recognition of Taiwanese sovereignty.

In speaking to policy researchers from Stanford University’s Hoover Institution think tank, President Tsai Ing-wen referred to the Second Taiwan Strait Crisis in 1958, a conflict in which the Chinese military conducted prolonged shelling in Taiwan’s outlying Kinmen and Matsu islands.

Tsai said the military and civilians worked together then to safeguard Taiwan.

“That battle to protect our homeland showed the world that no threat of any kind could shake the Taiwanese people’s resolve to defend their nation, not in the past, not now and not in the future,” she said. “We, too, will show the world that the people of Taiwan have both the resolve and the confidence to safeguard peace, security, freedom and prosperity for ourselves.”

Tsai later said to the Japanese lawmakers that aggression against Taiwan would have a major impact against the entire Indo-Pacific region.

Leading the Japanese delegation was Keiji Furuya, an ultra-conservative who heads a Japan-Taiwan parliamentarians group.

Furuya criticized China’s military exercises in the past few weeks in his speech ahead of his meeting with Tsai.

“China’s actions are unacceptable toward the Japanese and Taiwanese people who have shared values in democracy freedoms, rule of law and human rights. We oppose this type of threat from China,” he said.

Furuya also said “what is most important is for Taiwan to cooperate closely with the international community with Japan and the U.S. at the center to completely suppress China’s attempts to change the status quo.”

On Monday, Tsai met with the Indiana state governor, who came to discuss business and academic cooperation with Taiwanese institutions on the issue of semi-conductors, an industry in which Taiwan dominates globally.

A delegation of former Japanese defense officials and a U.S. congressional delegation that followed Pelosi have also visited Taiwan recently.