TRANSFER deadline day is approaching with some clubs still keen to complete business before the window slams shut.

Chelsea could be the busiest Premier League team before the close of play tomorrow with Thomas Tuchel eager to add reinforcements after picking up just two wins in five games.

Leicester defender Wesley Fofana could join in an £70million move – a deal that would smash the record for the most expensive transfer on deadline day.

Anthony Gordon could also break the record if he was to join the Blues for £60m, with Barcelona striker Pierre-Emerick Aubameyang yet another target.

Aubameyang is the current holder of the most expensive deadline day switch, having joined Arsenal from Borussia Dortmund for £55m in January 2018.

There have been several high profile transfers on the last day of the window in recent years, with 2011 standing out as £129m was spent on just four players.

Aubameyang, 33, arrived with a goalscoring reputation and scored 92 goals in 163 appearances for the Gunners in his four-year spell at the club.

He also captained Arsenal before leaving in disgrace in February after falling out with Mikel Arteta but has two FA Cup medals to show for his time in north London.

Chelsea broke the record for the most expensive signing by a British club when they stole Torres, 38, away from Anfield.

Despite helping the Blues win the Champions League in 2012 Torres never lived up to the heights he set as a Liverpool player, scoring just 45 goals in 172 games for Chelsea.

The 33-year-old became the most expensive British player ever when he signed to replace Torres on January deadline day in 2011.

Like Torres he struggled for goals, scoring 11 in 58 games, and injury derailed his career – both at Anfield and West Ham, whom he joined from the Reds in 2013 on a permanent basis.

Carroll is now without a club following spells at Reading at West Brom last season – could another deadline day move be in the offing?

Another free agent, the Brazilian will also be hoping for a deadline day move having been heavily linked to Fulham this summer.

In 2013 Willian, 34, made a very expensive move to former lavish spenders Anzhi Makhachkala, but made just 22 appearances for the Russian side before joining Chelsea the following summer.

The only player on the list to be sold abroad by a Prem club for big bucks, Chelsea will be chuffed they managed to bag £27m for Schurrle.

The German scored just 14 goals in 65 games for the Blues and at the grand old age of 31 is now two years retired, having followed up his 2018 World Cup win with a season at Fulham.

One of the weirder signings on the list since Juan Cuadrado, 34, was never really given a chance to prove himself at Stamford Bridge.

The Brazilian did not come cheap and Mo Salah joined Fiorentina in exchange, with Cuadrado going on to make just 13 appearances for Chelsea before joining Juventus for £25m.

Unlike the other nine players on the list Lucas Moura does still play for Tottenham and he will always have a place in the hearts’ of Spurs fans after his hat-trick to secure a place in the 2019 Champions League final.

But his Tottenham career has been a bit hit and miss with only 19 goals in 139 games -and the 30-year-old is now very much a squad player under Antonio Conte.

The Uruguayan made an instant impact at Anfield and went on to achieve legend status at the club before a £65m transfer to Barcelona.

David Luiz, 35, enjoyed tremendous success in his first stint at Chelsea as he won the FA Cup, Europa League and the Champions League.

The Blues made an enormous profit when they sold the Brazilian to PSG for £50m in 2014. He then returned to help Chelsea to the Premier League title in 2017 before winning the FA Cup and Europa League again in 2018. 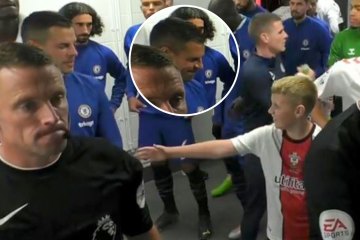 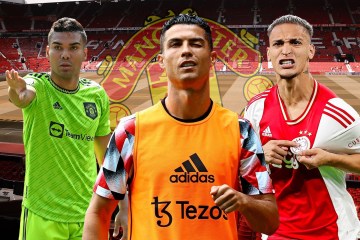 Perhaps the biggest flop on the list, which is saying something given Liverpool broke the British record to sign Carroll, Giannelli Imbula played just 26 games for Stoke.

His time in the Potteries was effectively over once Stoke were relegated from the Prem, with Imbula joining several clubs on loan before leaving as a free agent.

The 29-year-old now plays for Portimonense in the Portuguese top flight.