THEY call it the sport of kings but no monarch left their mark on horse racing quite like The Queen.

Her Majesty lived and breathed the sport and was one of the most influential owners and breeders in modern times.

The sport has lost its greatest supporter and most important patron.

For the last 70 years, horses born and raised at the Royal stud at Sandringham have graced racecourses around the world.

A tally of 24 winners at Royal Ascot down the decades makes her one of the most successful owners at the summer’s biggest meeting. It was fitting Her Majesty was the first to be enrolled in the official British racing Hall of Fame in 2021. 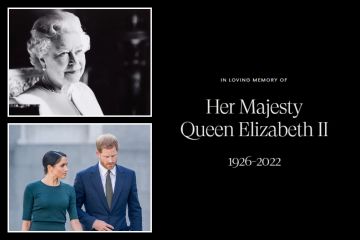 The Derby may have evaded her, the closest she came to Epsom glory was Aureole’s second, just four days after her 1953 Coronation.

But The Queen did celebrate five Classic wins from Pall Mall in the ’58 2,000 Guineas to Dunfermline who lit up her Silver Jubilee year in 1977 by winning the Oaks and St Leger.

The sight of a Royal runner on a racecard has always added a little extra spice to a fixture and she had plenty of good ones during her reign.

It is no exaggeration to say her horses have been responsible for some of the greatest moments in racing history. Whether it was Dunfermline in the Oaks or Estimate in the Gold Cup, nothing got the blood pumping quite like a big winner for The Queen.

She shared some of her best days with her long-time ally Sir Michael Stoute, 76, who trained for her for five decades.

They came within a neck of the ‘Holy Grail’ in 2011, when Carlton House was a luckless third in the Derby at Epsom.

But they had more good days than bad, including Estimate’s memorable 2013 win at Royal Ascot when she was famously caught celebrating by TV cameras.

Stoute said: “I found that training for The Queen came with no pressure. That was down to her understanding, her deep knowledge and her thirst for more.

“She was one of the great owner-breeders, the sport won’t be the same without her and it was an honour to train her horses.”

There was no greater privilege for a jockey than donning the Royal colours.

Willie Carson, 79, won massive races around the globe during his glittering career but he reckons winning the Oaks for The Queen was his finest hour.

Carson said: “That may have been the best thing in my riding career, winning on Dunfermline in Silver Jubilee Week.

“When you put her colours on, a jockey grows six inches. You are just that much bigger and more important.

“It was an absolute privilege and a joy to ride for her.”

Her Majesty was never more relaxed than when she was at the races, as jockey Hayley Turner remembers.

Turner, 39, said: “She absolutely loved her racing. I was quite lucky when I rode for her.

“We were back on the podium and she turned to me and said: “We’ve done this before, haven’t we?”

“I was like, ‘Yes, Ma’am, you should pay me a retainer’! She looked at me and laughed.

“She was an amazing woman and it was every jockey’s dream to ride for her.”

Nicky Henderson trained his fair share of winners for The Queen and he is in no doubt about the impact she had on the sport.

He said: “We had some great fun over the years and she was never happier and more at ease than when she was around horses. She was so knowledgeable and her love for the sport shone through to the public.

“Just look at Royal Ascot, it is one of the biggest sporting events and she helped grow it and made it so popular.

“She loved going to the races but if she couldn’t go she would have the racing recorded and she would watch it at home.

“The sport was her great passion. It gave her a lot of joy, as she gave us a lot of joy.”