The Arsenal legend met Her Majesty alongside his Gunners team-mates back in 2007.

Stars of the North London side were invited to Buckingham Palace for afternoon tea after the Queen was unable to be present at the opening of Emirates Stadium the year prior.

Recounting the experience, Henry said on CBS Sports: “I had the opportunity to meet the Queen and I was nervous, as hell.

“I remember thinking ‘I am about to play a game or something’.

“When you are at Buckingham Palace and you are meeting the Queen – I looked at Julio Baptista and forgot his name! I was like ‘who is that?’ 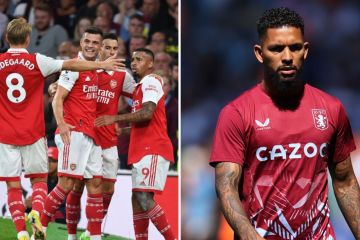 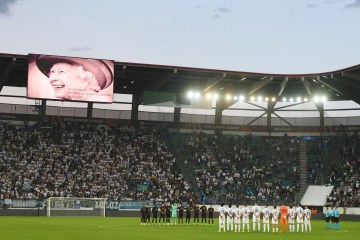 “It was my duty to introduce everybody.

“When you are nervous you want to go back into your own language? I don’t think that if I had spoken French it would have worked.”

Henry, 45, then paid tribute to Her Majesty, who passed away last week aged 96.

He added: “It is very difficult to talk about her in the past tense. I am French, I am proud to be French… but I am a Londoner.

“I tend to understand what the royal family was, what she did represent and I have only respect for her.

“It was a great moment, I was nervous as you saw.

“Everyone is still mourning, it is fresh in everybody’s mind and I think it will be for a long time.”

Arsenal stars participated in a minute’s silence after news broke during half time of their Europa League clash with FC Zurich last week.

Subsequent matches against Everton and PSV Eindhoven have been postponed – but the Gunners are set to be back in action on Sunday when they travel to Brentford.