THOMAS TUCHEL is to receive a whopping £13million pay out after his sacking by Chelsea, according to reports.

The German boss is set for a huge pay day as the Blues relieved him of his duties following a 1-0 loss to Dinamo Zagreb in the Champions League.

Reports also indicate that Tuchel’s backroom staff are also set to land an extra £2m between them, meaning the sacking could cost Chelsea’s hierarchy around £15m.

The Mail report that the 49-year-old was one of the league’s highest earners on around £13m a year.

He leaves Chelsea in 6th place in the Premier League table after a rocky start to the new season.

Todd Boehly and the Blues’ hierarchy announced the decision to fire him 100 days into their ownership of the club following Roman Abramovich’s abrupt exit. 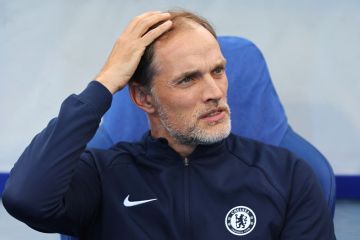 Sunsport revealed how he was let go in a brutal 10 minute phone conversation this morning before the decision was officially announced.

Reports suggest that the decision to sack the coach was made before the shock defeat to Croatian side Zagreb.

It was the latest disappointing result for the London side as early matches saw them get battered by Leeds and Southampton, and needing a dodgy VAR decision to squeeze past West Ham.

Chelsea fans had a mixed reaction to the sacking but agreed it reminded them of the trigger-happy Abramovich era.

Most read in English Premier League

The Russian oligarch was notorious for having little patience for managers and spent over £110m paying out sacked coaches even before he fired Frank Lampard, the last dismissal of his reign.

Attention has now turned to who may next occupy the hot seat at Stamford Bridge.

Brighton boss Graham Potter is on Boehly’s list of replacements and is reportedly travelling to London today over the vacant position.

Others in the frame include former Tottenham boss Mauricio Pochettino and serial winner Zinedine Zidane.