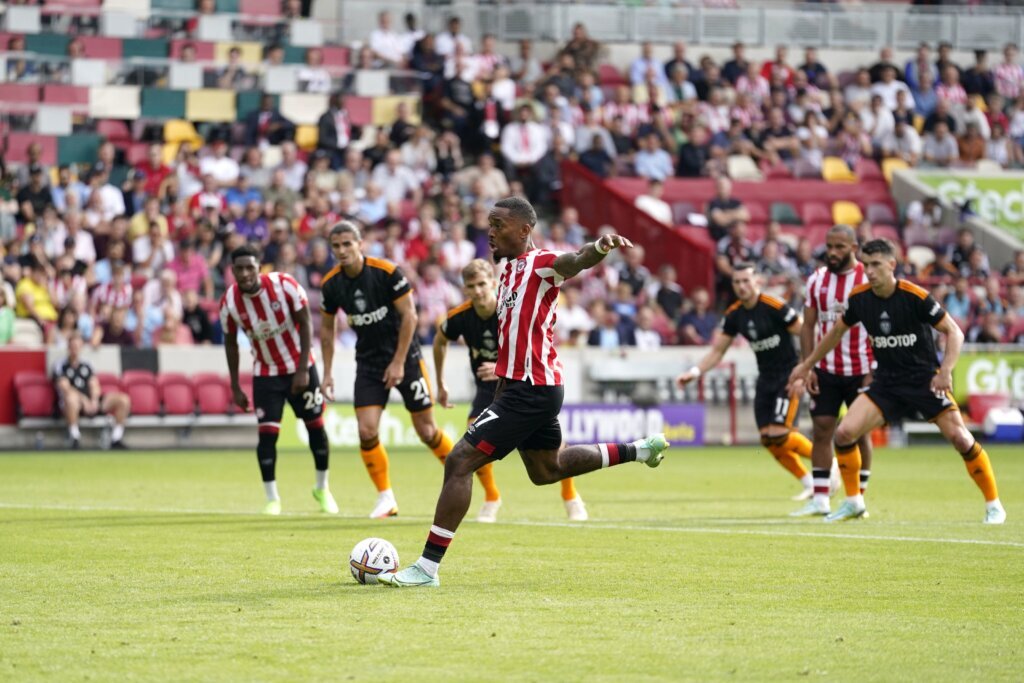 The Brentford striker completed his hat trick before Leeds manager Jesse Marsch was sent off in the west London club’s 5-2 win in the English Premier League on Saturday.

Toney converted his 18th consecutive penalty — he’s never missed from the spot for Brentford — and powered home a free kick later in the first half before a clever lob over goalkeeper Illan Meslier made it 3-1 in the 58th minute.

Six minutes later, Marsch was issued a straight red card by referee Robert Jones after the American manager argued for a penalty when Crysencio Summerville went down in the box.

Luis Sinisterra, whose foul set up Toney’s penalty on the half-hour mark, scored in first-half stoppage time for Leeds to close the gap to 2-1 going into halftime.

Leeds again pulled within a goal when Marc Roca turned in a cross from Luke Ayling in the 79th, but Bryan Mbeumo immediately made it 4-2 for Brentford after VAR overturned an offside flag.

Yoane Wissa scored in stoppage time — on his 26th birthday — for Brentford, which earned its first win in its past four league games.